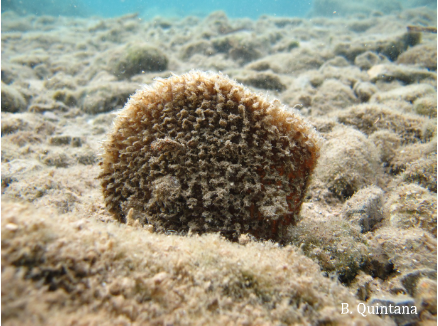 The endemic Mediterranean Pinna nobilis (Fig. 1) is one of the largest bivalves of the world reaching heights up to 120cm, and found in depths up to 60m. It is partially buried in soft sediment and tends to shelter itself on the edge of seagrass meadows. As an “Endangered Species” it is under protection, according to the European Council Directive 92/43/EEC. In recent years the endemic fan mussel’s survival has been under threat. Abnormal Mass Mortality Events (MMEs) along the Western Mediterranean coast have led to the observed haplosporidian parasite (Haplosporidium pinnae) reported as the likely killer of the bivalve.

The fan mussel’s monitoring has become crucial here at Archipelagos due to the recent small-scale MMEs observed in Samos Island and the Dodecanese in the last few months. Sites in Samos and Lipsi islands that once housed many healthy Pinna nobilis now look like graveyards. It is unsure yet if the parasite is present in the Aegean Sea but other factors have been hypothesized to help explain the increasing number of deaths. To have a better understanding of the situation, monitoring strategies used by previous interns were replicated in Samos. Starting at a depth of 0.5 meters, a 200-meter tapeline is set perpendicular to the shore, or until a depth of 5 meters is reached, to define the transects. This methodology is recommended when searching large areas. Coordinates of the Pinna’s location, measurements of each individuals, and health status (i.e. fast or slow response to water movement around it) are recorded. Habitat and substrate type, as well as temperature are also recorded. 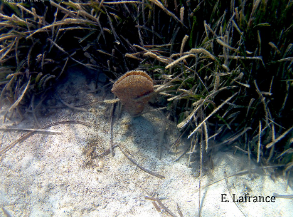 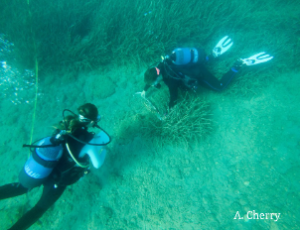 From the collected data up to date, it has been suggested – beyond the possibility of the presence of the haplosporidium parasite and the pressures of overfishing, that a) healthy Posidonia oceanica meadows promote the survival of Pinna nobilis, and b) being that Pinna inhabit soft bottom substrates too, suggests that hydrodynamics and water temperature affect recruitment and shell orientation.

The health of Posidonia in the Aegean and the effects of climate change on water temperatures and salinity are scarcely studied in these remote areas of Greece. Very little is known about bivalves but we are hoping to understand what is affecting these keystone species. 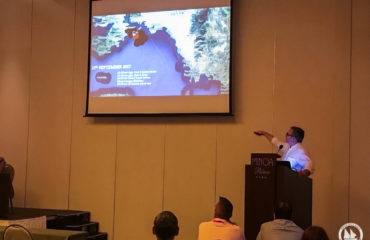 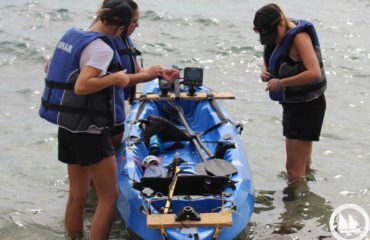