Large fish at risk of extinction, 39 fish stocks over-exploited, catches of hake 5 times over sustainable limits, high degree of discards and by-catch, desertification of the seabed, high energy costs. All consequences of the industrial fisheries that receive the largest part of EU subsidies.
While the world celebrates Oceans Day on the 8th of June, MedReAct* calls the attention of the European Union to the destructive impact of trawling in the Mediterranean and to the paradox at the heart of the EU’s fishing system: “Why subsidies are largely given to those who are responsible for the destruction of marine ecosystems and depletion of vulnerable species? Isn’t it time to change course?” 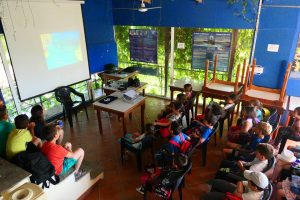 A new study published by Nature Ecology & Evolution confirms the risk of extinction in Europe for various large fish species, as well as for sharks and rays, due to their slow maturation and low birth rates and over-fishing by professional and sport fishermen. The same study reveals that the percentage of over-exploited fish stocks in the Mediterranean is significantly higher than that in the North Atlantic. The researchers confirmed that all of the assessed 39 Mediterranean fish stocks were found to be over-exploited, with the hake in lead position, being fished at 5 times sustainable levels. The hake is the demersal species of highest commercial value, fished primarily by bottom trawlers and to a lesser extent by long-liners.

But the impact of trawling, the most widespread industrial fishing practice in the Mediterranean, isn’t limited to the depletion of hake. In the past 30 years this sector of the industry has grown exponentially and, because of declines in the resource, has shifted increa 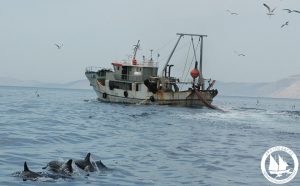 singly to deeper waters in the hunt for new valuable stocks, such as deep water shrimps, creating irreversible changes to the seabed. In other instances it has encroached into forbidden coastal areas, in conflict with small-scale artisanal fisheries.

It is calculated that in 2014 alone trawling by the Italian fleet was responsible for accidental catches of 20.000 sea turtles, most of which died as a result of suffocation or injury. But not only. The nets that are dragged along the sea bed collect everything in their way: fish, corals, sponges and other bottom-dwelling species. The sediments that are continually exposed to this practice have been found to be lacking the organic matter that constitutes a food source for benthic organisms, thus risking to turn the seabeds into marine deserts. 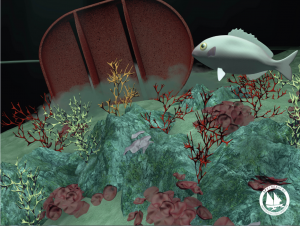 Trawling is a destructive form of fishing which is impoverishing our sea and which also has high energy costs. The European Union has calculated that for every tonne of fish captured, bottom trawlers of 24-40 meters consume 4,258 liters of fuel, as compared to 169 liters consumed by a fishing vessel of the same size using purse seines. And yet, it is those same bottom trawlers that benefit most from EU fisheries contributions, from fuel subsidies to funds for modernizing the vessels and for compensating fishermen for the temporary suspension of fishing activities which as of today has produced no tangible result for stock recovery. 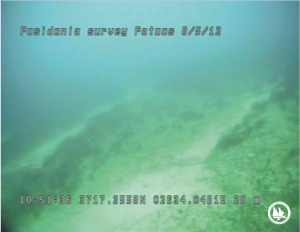 To celebrate World Oceans Day, the EU should reconsider its use of European tax-payers money to finance the destruction of the Mediterranean, so that Mare Nostrum doesn’t become Mare Mortum.

MedReAct is a Mediterranean coalition with parallel action in Italy, France, Spain and Greece. Its mission is to catalyse action for the recovery of Mediterranean marine ecosystems, by ensuring a long term, fair and responsible use of our common Sea. Archipelagos Institute of Marine Conservation, is among the founding members of MedReAct. 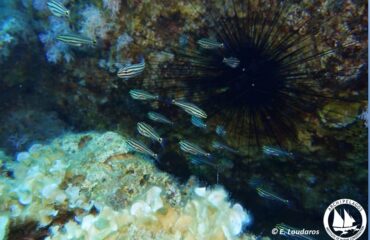 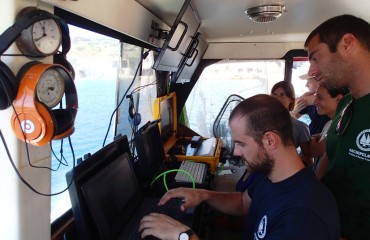 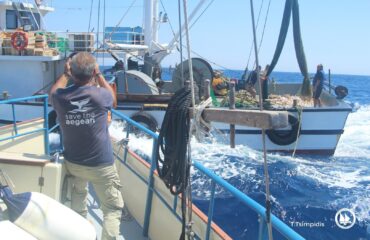