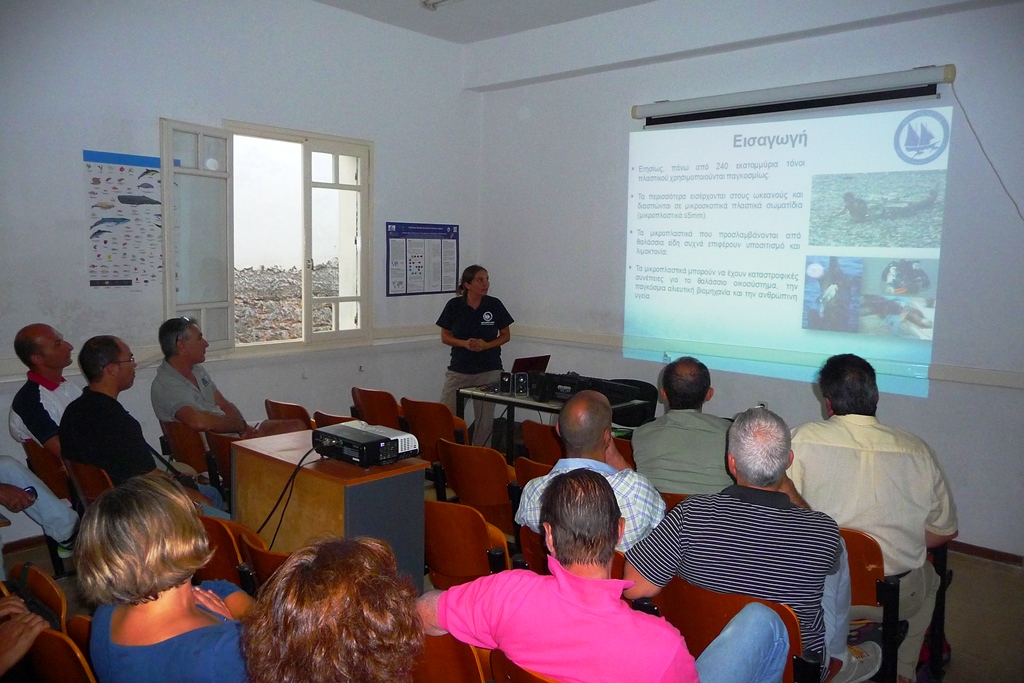 On Saturday 13th of September, the educational workshop “Litter in the sea – The effects on humans” (organised by the Society of Active Citizens of Samos, Archipelagos Institute of Marine Conservation and Samos Divers) was held, with the participation of the local community and representatives of various local bodies. The aim of this workshop was to enhance the awareness of the local community on the major problems of marine pollution.

All those attending the workshop had the opportunity to become acquainted with the Maniakio building, including the auditorium, where the workshop was held, as well as the laboratories. This building was restored and is now being preserved by Archipelagos, in collaboration with the University of the Aegean.

The event began with a speech by the president of the Society of Active Citizens of Samos, Mr. Agamemnon Angeletopoulos, who presented the problem of litter at sea and proposals to address it. By using photographs, the audience had the opportunity to see the destruction that takes place not only on the surface but also in the seabed within the Greek seas.

Following this, the director of research at Archipelagos, Ms. Anastasia Miliou, discussed the life cycle of plastic pollution within the natural environment and its devastating consequences. More specifically, Ms. Miliou presented a revealing research which has been carried out by Archipelagos for the last five years, involving a number of reputable foreign universities.

The results of this research, which have already been presented in international conferences and scientific journals, illustrate how the criminal management of plastic waste is threatening marine ecosystems, due to the creation of microscopic plastic fibres caused by the degradation of plastic waste over time. This was illustrated by the fact that 100% of the samples of marine sediments and stomach contents of fish and invertebrate organisms tested, were found to contain various quantities of microscopic plastic fibres.

It is also noteworthy that in some cases, levels of invisible microplastic fibres recorded on uninhabited Aegean islands, showed concentrations similar to samples from the heavily populated coast of Attiki. This demonstrated the wide dispersion of micro-plastic fibres within the marine environment, which are easily transported by sea currents.

The participants of the event had the opportunity to see these microscopic fibres through a microscope in the lab, illustrating their presence in the marine environment and remain an invisible threat.

Finally, Mr. Alexander Malagaris, president of Samos Divers, presented the association’s notable efforts to remove litter from the seabed, through voluntary underwater clean-up operations around Samos. More than 100 deliberately sunken boat batteries and large quantities of plastic and other waste being found in large volumes. The underwater photos and videos particularly impressed and intrigued all those who attended the workshop.

We would like to commend Samos Divers, whose efforts and initiatives are a welcome example for all people to actively contribute to the responsible management and collection of plastic waste.

It is worth noting that all the speakers and attendees stressed the need to provide better information and a more coordinated cooperation between the institutions and the wider public, with the common goal to address as effectively as possible the problem of pollution, which affects us all directly.

The conference was attended by the member of Greek parliament, Mrs Agni Kalogeri, Samos deputy mayor  of Samos Mr. Christos Sevastakis, representatives from the Greek Army and the Hellenic Coast Guard and the municipal counselors of Samos, Mr.Dimitris Kyriazis and Mr. John Mandoularakis as well as many members of the public. 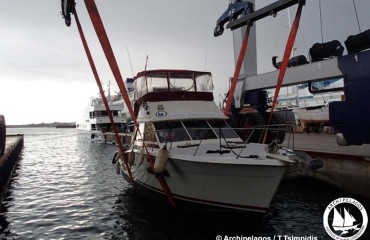 The new boat of Archipelagos Institute 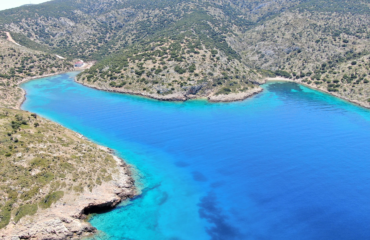