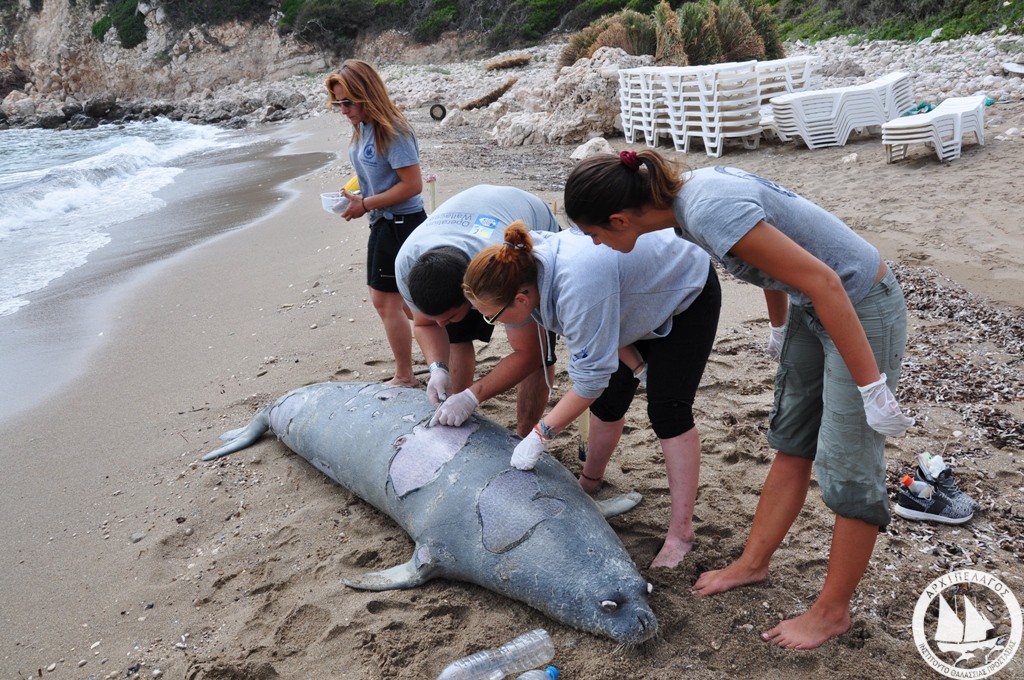 A dead Mediterranean Monk Seal, with apparent wounds from a gun, was discovered this past Sunday morning by researchers from the Archipelagos Institute of Marine Conservation. Initially, it was sighted floating, presumably dead, in the south-west waters of Samos Island and due to the prevailing winds, it washed up on the southern coast of the island.

Once again, Archipelagos’ researchers had to deal with a hideous crime inflicted on an endangered marine mammal. The seal had multiple shot wounds from firearms on her back. Based on the angle of the pellet-wounds, it is suggested the seal was attempting to escape whilst being shot. Additionally, there was a traumatic wound from a sharp object that penetrated the right side of its back and extended to its stomach. 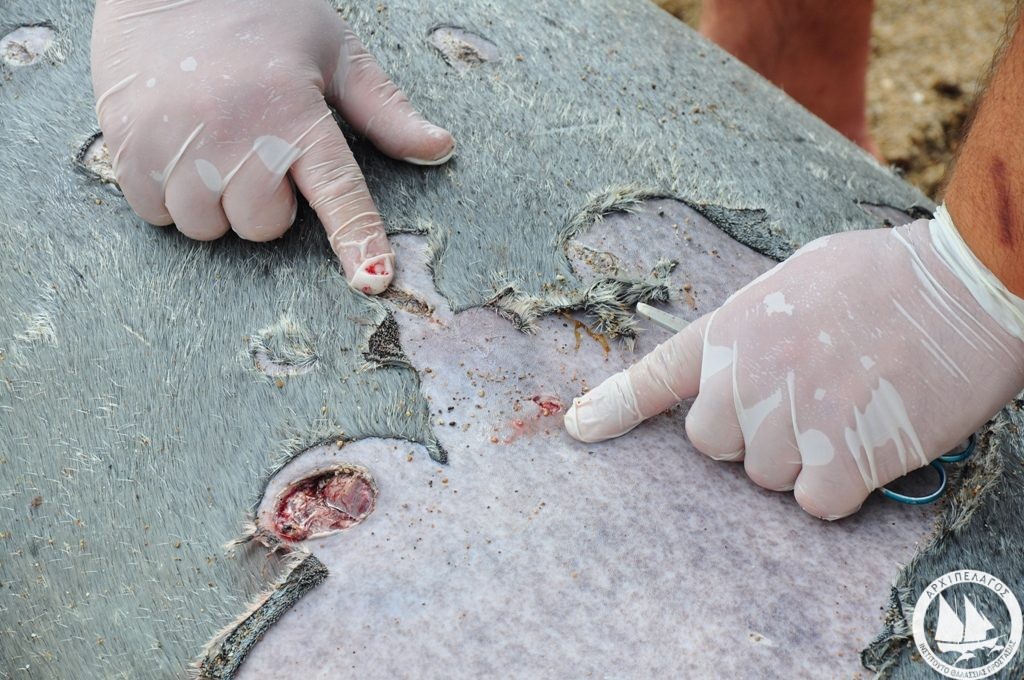 It is estimated the seal was killed within 24-36 hours before its discovery. Taking into account the weather conditions, it is assumed the killing took place in the south west seas of Samos or east of Fourni island complex. It should be emphasized that crimes like these are caused by a very small minority of fishermen and these despicable practices do not characterize the vast majority of Greek fishermen or the island communities. The tracks of these criminals are known, both by local communities and the authorities. But for many years, there has never been a substantial or effective initiative to identify and arrest these criminals that roam in the Greek seas and contribute to the extinction of marine life! Unfortunately, in most cases, those who know the perpetrators of these incidents remain silent. As there is no prosecution, whoever then dares to report the incident, finds themselves trapped in an distasteful long bureaucratic process, while ultimately exposing themselves and their family to dangerous people, as their name becomes known.

Regarding the specific incident, given the characteristics of the skin, sex and length of the seal, it is likely, but not yet confirmed, that it was the known seal that the inhabitants of Samos call “Argiro”.  But as the dead monk seal had large lesions on her skin, it was not possible to confirm the identification. In any case, be it a famous or an unknown seal, the murder is equally despicable. 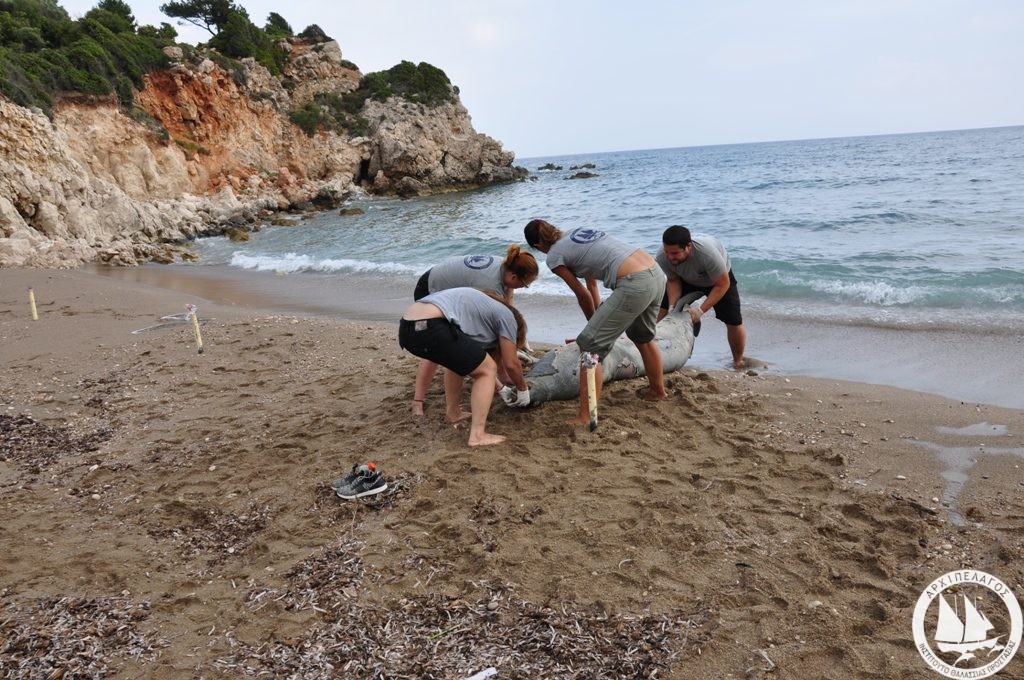 Already a legal case has been opened on this incident by the Port Police of Karlovasi, while the Prosecutor’s Office of the Prefecture of Samos has also been made aware of this . At the same time, the Archipelagos Institute will continue and intensify its efforts to identify such criminals of marine life, whilst also ensuring that these people will face serious punishments by the relevant authorities, but also get banned from having access to marine resources. As previously mentioned, the actions of those who repeatedly kill and destroy marine life, are known to the island communities. However, given the difficult geomorphology of the area, it is necessary for all those who truly care, apart from feeling offended to contribute with facts that may come into their attention. All information given will be treated with absolute anonymity. Only in this way will we be able to identify the perpetrators with sufficient evidence. However in order to have a real effect, it is imperative to have not only a strong will from the communities, but also a strong political will from the authorities for the protection of wildlife; to this day, unfortunately, this does not exist.

The least that can be done by the islanders and the sea professionals regarding this new crime against a rare marine mammal is to help make it clear that these crimes are no longer tolerated by the societies of the islands and to the citizens of Greece in general. 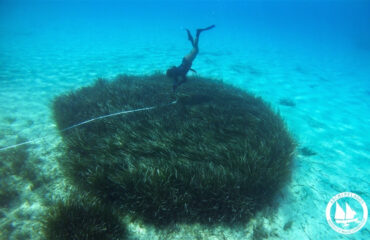 Limiting the environmental footprint caused to our seas by our daily habits: Collaboration between the Archipelagos Institute and KORRES 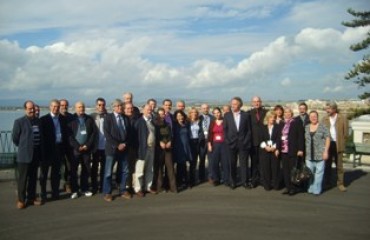