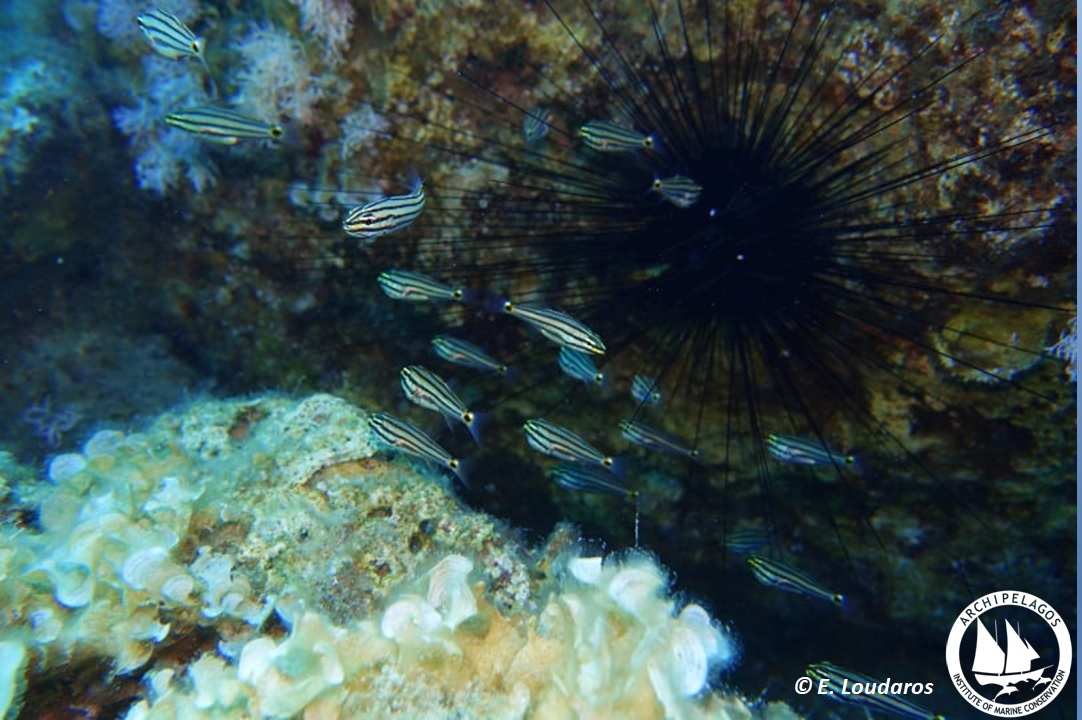 The first record in Greece of the alien fish species Cheilodipterus novemstriatus was made a few days ago in Rhodes by a member of the Archipelagos’ Citizen- Science Observatory.
Cheilodipterus novemstriatus is a fish of Indo-Pacific origin that has progressively invaded the Mediterranean Sea via the Suez Canal as a Lessepsian immigrant. The species was first recorded in the Mediterranean coasts of Israel 2010 and was soon reported in Lebanon, Turkey, Cyprus and Syria. Last week it was located by Evgenios Loudaros in eastern Rhodes waters in a depth of 8-9 meters. close to the invasive long-spined sea urchin Diadema setosum.

It is a fact that our seas are changing and that all of us must observe and learn to live in the new conditions that are being formed:
> 1000 alien species have been introduced in the Mediterranean
> 660 have established viable populations
> 100 are invasive and threaten marine biodiversity and ecosystem services

It is therefore very important for all those who care about our seas, as citizen-scientists to report any localization of alien or other unusual marine invasive species when during scuba diving, fishing or snorkeling. Reports by ’ Citizen- Science Observatory are also being registered on the database of ELNAIS – the Hellenic Network on Aquatic Invasive Species https://elnais.hcmr.gr/ as well as on other related Mediterranean databases.
In this way scientists can have important information on the distribution of these species which could have unfavorable consequences on the ecosystems and on the health of our seas overall. 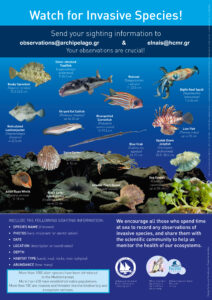 This especially important reporting is one more proof that citizen-science is an invaluable source of information on the biodiversity and the threats faced by our seas. We all can, and must, join forces, collaborate and exchange information so that we can understand and learn to live under the new conditions that are being formed under the effect of climate change.

If you believe that you have located an alien or other unusual marine species, send us a picture and the relative information to [email protected] 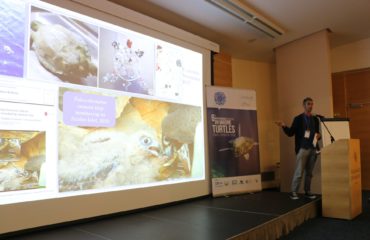 Archipelagos’ participation at the 6th Mediterranean Conference on Marine Turtles in Porec, Croatia 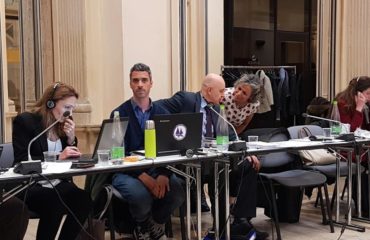 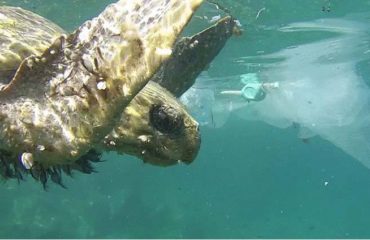