For decades, the European Union had failed to prevent overfishing in its shared seas. February 6th marks the date of a historic vote for Fisheries in the EU. With a sweeping majority of 502 to 137, members of European Parliament voted in favor of a new Common Fisheries Policy which will act to restore fish stocks by 2020.

Going much further than the proposals of the Fisheries Council, the European Parliament voted to set an early date to end overfishing and to set a clear target to rebuild depleted fish stocks. They also supported strict capacity assessments in line with the EU’s international commitments and financial aid to be conditional on compliance with the rules. Lastly, they supported the proposal to reward fishermen who fish in more environmentally and socially sustainable ways with priority access to the resource.

“An overwhelming number of members of the European Parliament from all political groups made history, by voting to reverse decades of overfishing by the EU and by setting ambitious targets for the restoration of fish stocks,” said Uta Bellion of OCEAN2012 & The Pew Charitable Trusts. “The vote sends a very clear message to EU fisheries ministers that in the upcoming negotiations with the Parliament on the Common Fisheries Policy reform, they will have to consider ending EU overfishing earlier than they would like to.”

Now the two bodies, the Parliament and Council, must negotiate a compromise. German MEP Ulrike Rodust, will lead the negotiation team of the European Parliament while the European Council will be represented by the Irish Minister of Fisheries, Simon Coveney. Ministers will meet in late February to finalize the Council’s negotiating position.

“This is a good day for the environment. An overwhelming majority of the members of the European Parliament have voted to end overfishing, and to rebuild fish stocks. We now expect EU fisheries ministers to show flexibility in their position, for the sake of our fish stocks and fisheries dependent communities,” said Mrs Bellion.

Archipelagos Institute of Marine Conservation, OCEAN2012 coordinator for Greece and Cyprus and our members: MEDASSET – Mediterranean Association to Save the Sea Turtles, Nireas Marine Research, Protect the Shark Foundation, Samos Divers, Fishemen’s Association of Fourni, Enalia Physis Environmental Research Centre, Aegean Network of Ecological Organizations, have been carrying out targeted work for this cause for the past 2 year. Throughout the course of the CFP reform processes, we have been in regular contact with Greek and Cypriot MEPs in Brussels and Athens, lobbying to promote a new Common Fisheries Policy, which will truly constitute a useful means and legal framework for EU fisheries, and contribute to the end of overfishing. Moreover, we held a series of meetings with Mrs Damanaki, the EU Commissioner for Fisheries and Maritime Affairs and her cabinet members, as well as with the as permanent representatives in Brussels, of the Greek and Cypriot Ministries responsible for fisheries affairs.

Also a number of awareness raising events and activities were carried out by the Ocean2012 member organisations in Greece and Cyprus, as well as online petitions and other publicity through social media, aiming to inform, raise awareness, but also engage the public on a topic that concerns us all. “We are extremely pleased with the outcome of this vote, and by the fact that our coordinated action has had a positive response from the vast majority of the Greek and Cypriot MEPs, and hence contributed to the highly successful outcome of this vote,” says Anastasia Miliou, country coordinator of OCEAN2012 for Greece and Cyprus.

OCEAN2012 is an alliance of 178 European organisations dedicated to stopping overfishing, ending destructive fishing practices and delivering fair and equitable use of healthy fish stocks. Archipelagos Institute of Marine Conservation is the country coordinator of Ocean2012 for Greece and Cyprus. 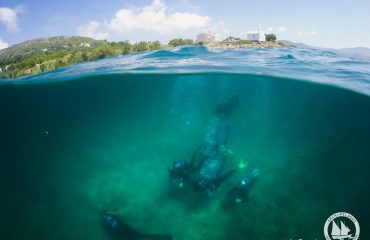 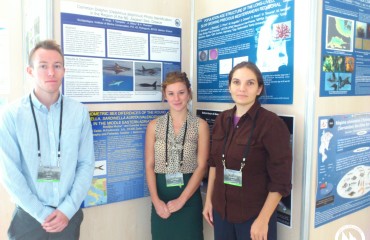