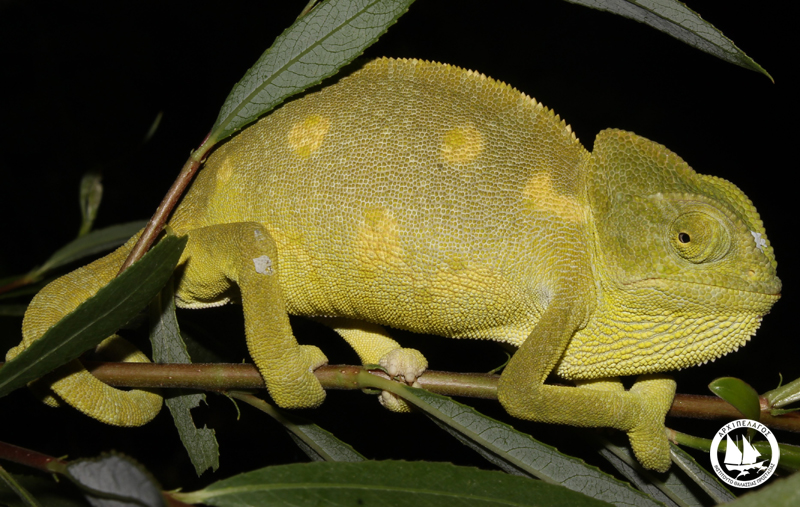 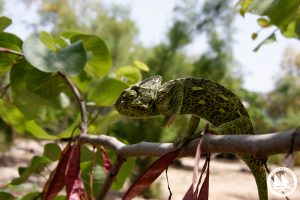 The Mediterranean Chameleon (Chamaeleo chamaeleon) is one of only two existent species of Chamaleonidae in Europe. It can be found in the southern part of Spain, Portugal, Italy and Greece. Until a few decades ago, only a few parts of Greece supported populations of this species; namely the islands of Samos, Chios and Crete. Today the only remaining established population of this species still survives on Samos Island. As the Mediterranean Chameleon is protected by EU and national laws in Greece, the assessment of the population and the application of conservation programs are vital for the survival of the species. In fact, the Mediterranean Chameleon is listed in Annex II of the Bern Convention, in Annex IV of the EU Habitats Directive and is also referenced as an Endangered species in the Greek Red Data Book of Threatened Vertebrates. The primary threats to the Common Chameleon are habitat loss by human intervention and capture for the pet trade. 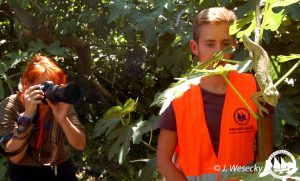 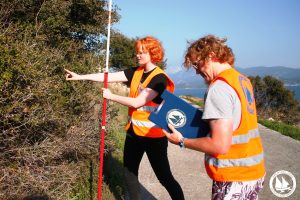 Since 2009, Archipelagos Institute leads a population assessment of the Chamaeleo chamaeleon with its  Terrestrial Conservation team, which consists of recording individuals by using the line transect method in several habitats. Consequently, the team is running habitat surveys to determine their diversity on Samos. Various habitats have already been identified, such as Mediterranean Coniferous woodlands, wetlands, grasslands, and mixed shrublands. Indeed, habitat types influence the distribution of Mediterranean Chameleon due to the presence and density of different plant species.

The Archipelagos Terrestrial team members will keep working on collecting data which will benefit the conservation of the chameleons. This work will provide valuable information in order to precisely aim future protection efforts. 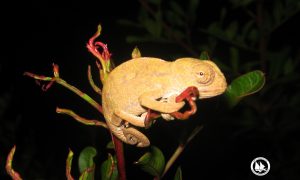 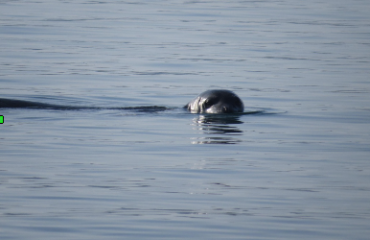 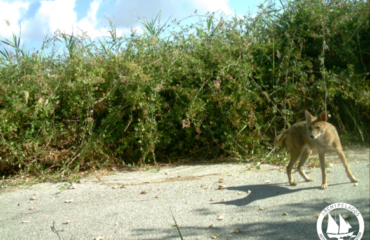