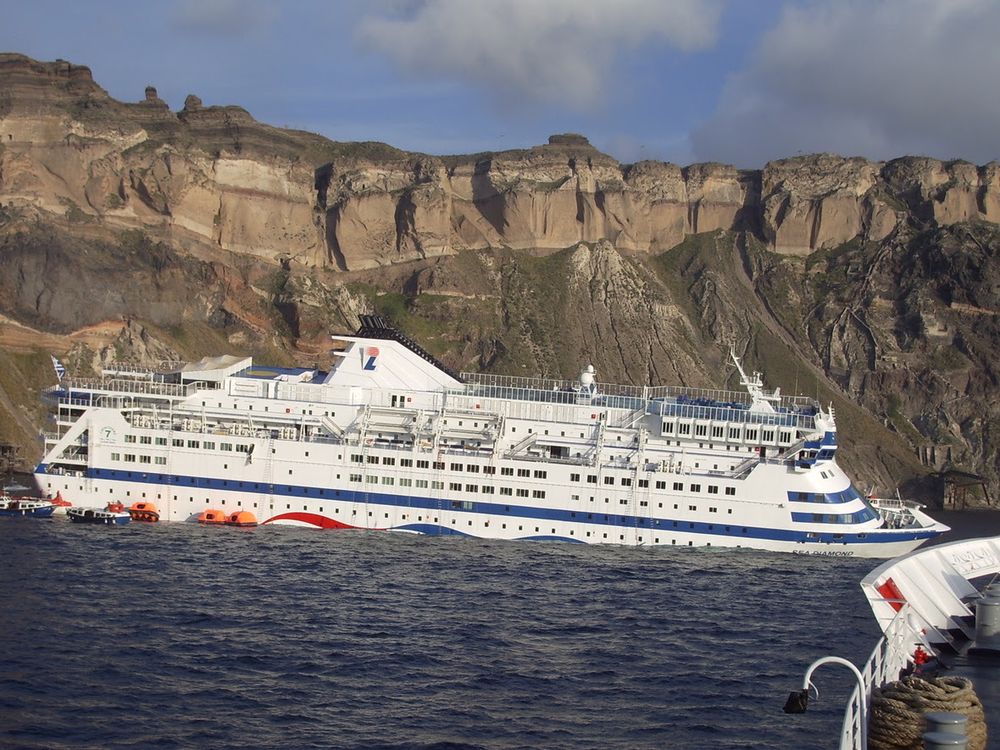 Fourteen years after the Sea Diamond sunk taking with it 3 human lives and after it was abandoned on the sea floor of Santorini, it continues to corrode and release dangerous toxic substances in the marine ecosystems. Archipelagos Institute of Marine Conservation has been on the side of the local community since the first day of the sinking, stressing the need for the removal of this toxic waste. After 14 years of inaction, mockery of the citizens and inadequacy of the national authorities, the only conclusion is that the defense of the public interest has never been a priority for the political leaderships in Greece. 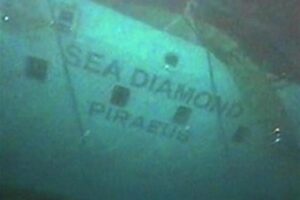 Brief overview of the non recovery of the Sea Diamond:

Consequently the message we give as a country to every ship owner of this level of moral is that the sinking and abandoning of ships in Greek waters is a profitable business – since anywhere else on the planet (both in Europe and the US as well as in the so-called developing countries) most shipwrecks are recovered almost immediately to avoid pollution. 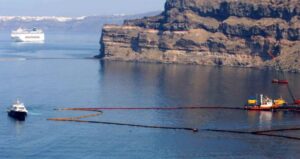 In conclusion, the abandoning for 14 years of the dangerous shipwreck of the Sea Diamond proves once again that the defense of the public interest has never been a priority for the political leaderships in Greece. Is it an inability to manage, or just a service to interests?

We leave this to the citizens to decide. 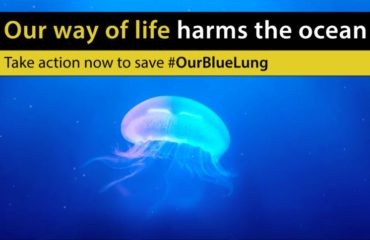 35 European Environmental Organizations Demand ‘Clean, healthy and abundant seas by 2020’ from the European Council of Environment Ministers, today the 20th of December 2018 in Brussels. 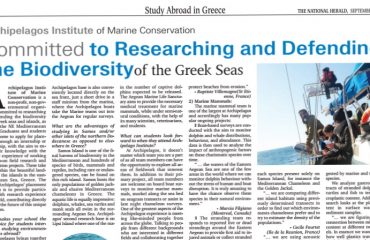 Committed to researching and defending the biodiversity of the Greek seas, The National Herald, September 2017 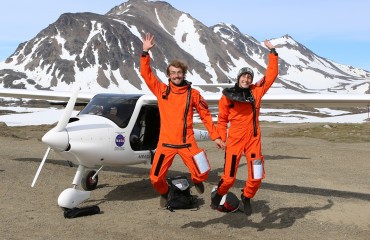