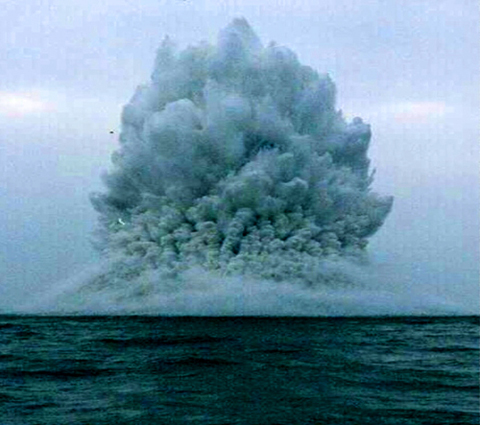 Scheduled military activity in NW Chios began today, 26/02/2013, which threatens once again to cause widespread environmental damage to the already overburdened fisheries in the region and the marine ecosystems of the area.

After the destruction of forests and terrestrial natural heritage of the island, caused by the extensive fires of last summer, a new environmental disaster is expected to hit the island of Chios. The planned military exercise from land army units on the northwest side of the island, scheduled to use live ammunition on the 26th, 27th and 28th of February, is being carried out at sea and on-shore areas of NW Chios covering an estimated total of 190 square kilometres.

The director of “ARCHIPELAGOS” Institute of Marine Conservation, Mr. Thodoris Tsimpidis noted that “the planned exercise challenges any notion of environmental management and conservation, violating an order of the Ministry of Defence, issued in October 2005, whereby the ongoing exercises of the Armed Forces should be designed on the basis of detailed data and collaboration with relevant local authorities and with relevant environmental agencies.”

“ARCHIPELAGOS” Institute for Marine Conservation, stresses that the military exercise as scheduled is to be within an unmarked firing range (ignoring the necessary environmental specifications and licenses) and in sea areas containing protected marine species and habitats, contrary to the Greek, European law and international conventions. It also stands in stark contrast to any sense of protection of the marine environment, biodiversity, productive coastal ecosystems, public health, and ensuring the sustainability of fisheries.

The use of heavy weapons and the shots from land to the coastal zone using real ammunition, into fragile ecosystems, causes incalculable consequences for the marine environment and public health. The dispersion of toxic substances and heavy metals, contained even in conventional ammunition, bio accumulate in the food chain and indirectly harm the health of local communities and also the marine ecosystems as a whole. The most productive fishing grounds of Chios, which are also an important source for the local economy, are therefore threatened with destruction.

An example of the destruction that can be caused by this activity is demonstrated in the Southern part of the island, which acted as the previous corresponding firing range for several years, has been since characterised by total destruction of marine life, empty of fish stocks and consequently a fishing ground no longer used by local fishermen. This destruction comes at a time of already plummeting fish stocks and degradation of the Aegean, broadening the despair of the local fishing community.

Mr. Tsimpidis states that “A typical example of the seriousness with which these exercises are organised, is the placement of announcements instructing local fishermen and residents that if they should find an unexploded bomb, not to approach and to inform the army!”

The inertia exhibited by the Greek Ministry of Defence for years on the issue of locating and creating modern firing ranges, which fulfil all safety standards, environmental prerequisites and will contribute both to training and fighting ability of the Armed Forces, can not in any way pose a threat to public health and justify the total destruction of rare ecosystems and biodiversity, on the alleged grounds of national security. 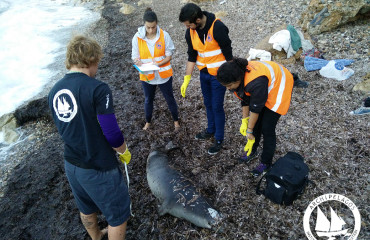 Another Deliberate Killing of a Monk Seal 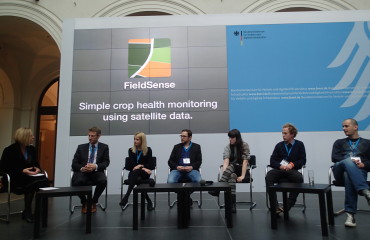 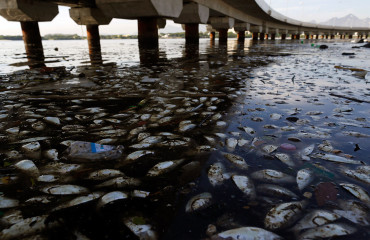