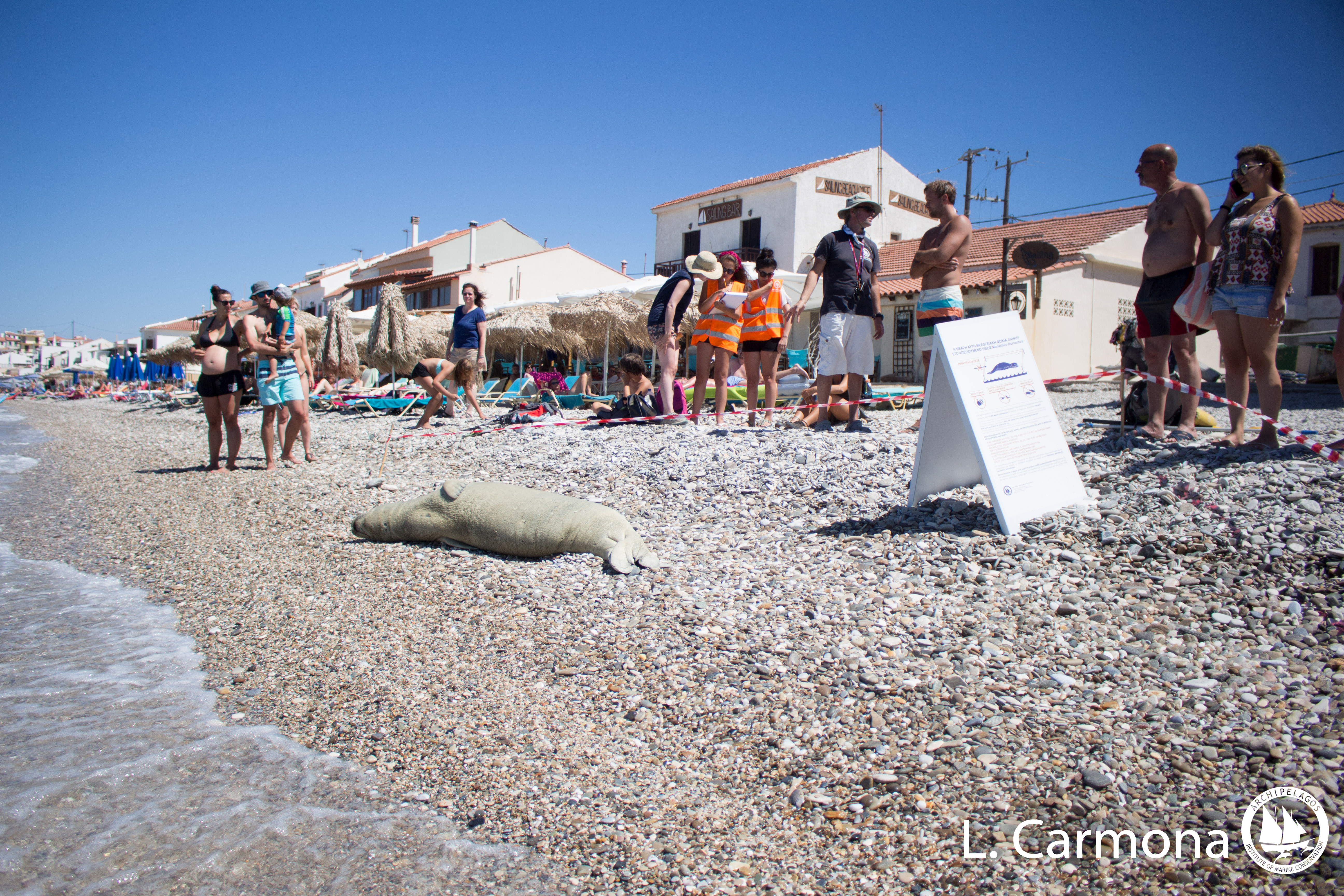 Many of you may have already heard of the Mediterranean monk seal, called Argiro by the locals, that approaches inhabited coasts and beaches of Samos island. This seal was found amongst us, as someone murdered her mother and as a result she lives close to people for the past 2,5 years. 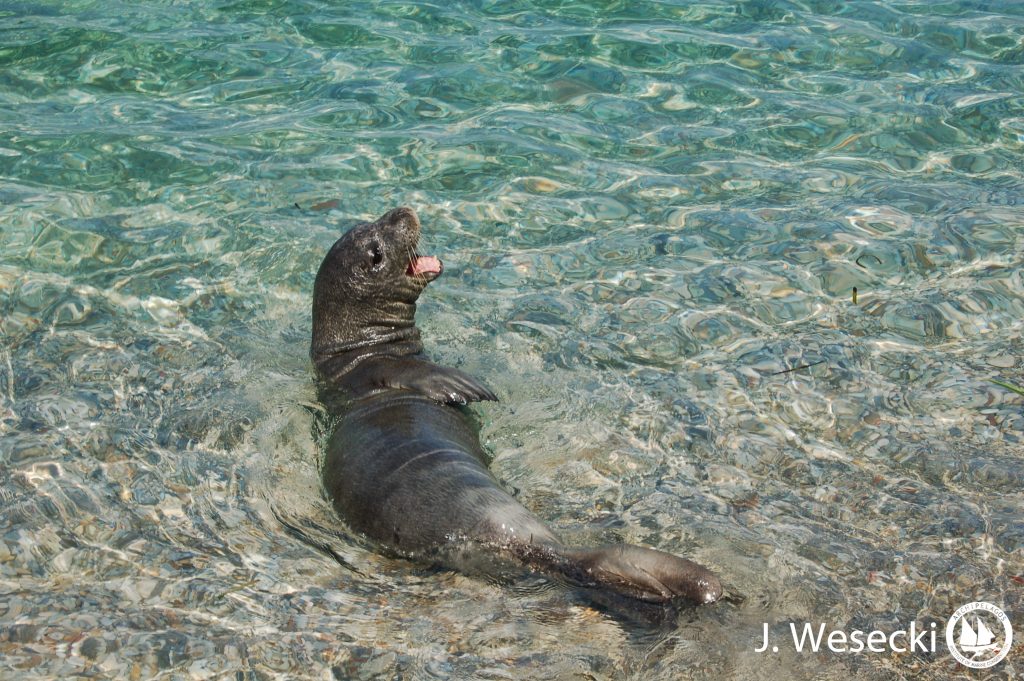 Even though she is now a sub-adult and despite the efforts of Archipelagos’ researchers to encourage the process of her reintroduction to her natural environment, the seal still approaches sometimes inhabited coastal areas. As we receive daily questions about this seal we need to emphasize that:

– This seal is definitely not dangerous, but we should keep in mind that she is a wild mammal that can exceed 130 kilos in weight and in contrast to humans she can move very fast in the water.

– She is not a mascot as many people want to call her, but she is a wild animal that belongs to a highly endangered species and should be respected as such.

– Given the fact that she exceeds 130 kilos in weight, any interaction with her in the water can be very dangerous. Normally those that have had most injuries caused by her are those who are attempting to “play” with her. Unfortunately, apart from those people there are also few others, who never caused any harassment to the seal and just happened to be swimming nearby where she was harassed by others, and without having caused any harm ended up receiving her “playful bites”, and therefore also ended up in the hospital for treatment of their injuries. 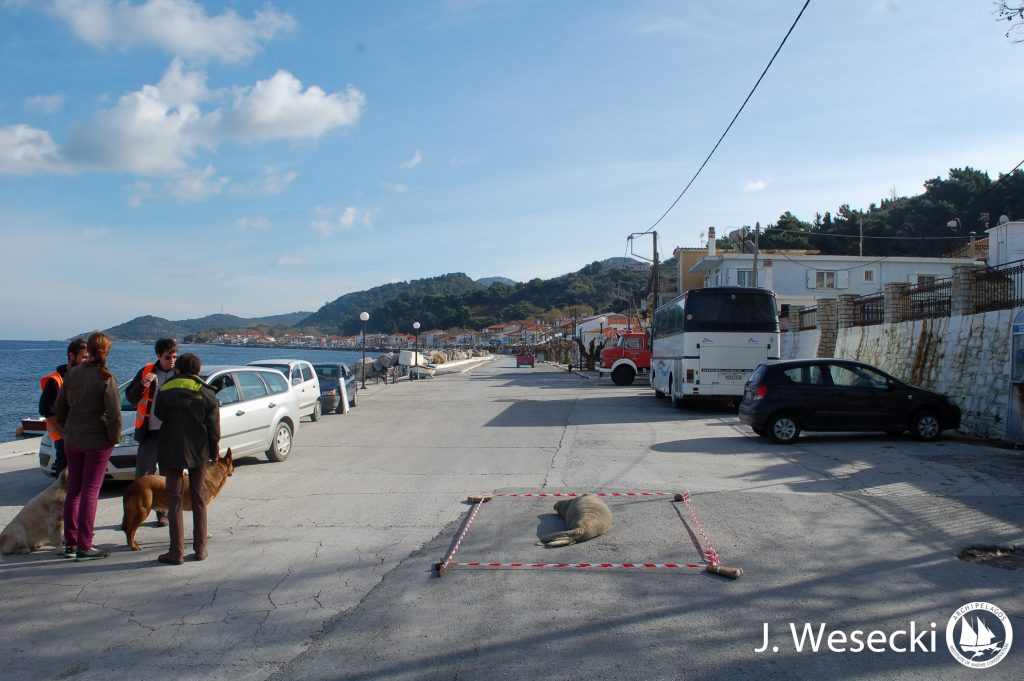 We are therefore making here one more request, until a long-term solution is found to manage this difficult co-existence (a solution which we are seeking in cooperation with the island’s authorities). If you happen to encounter this seal, please admire it keeping a safe distance.

If in the beach where the seal appears there are swimmers in the water, they should immediately and without any panic get out of the water. Her presence in the water is usually short and when there is no interaction- “game” with the swimmers, the seal leaves fast from the area.

Please inform other swimmers who may be found in the region about, for the code of conduct close to the seal.

In the case you locate this seal, please inform immediately the Samos Coastguard, Samos Forest Authorities and/or Archipelagos Institute of Marine Conservation. 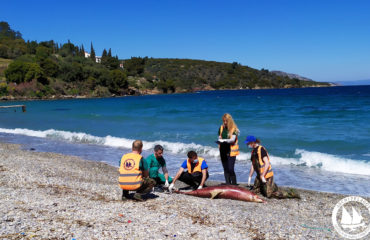 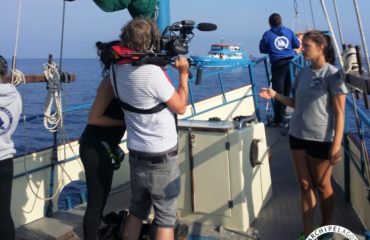 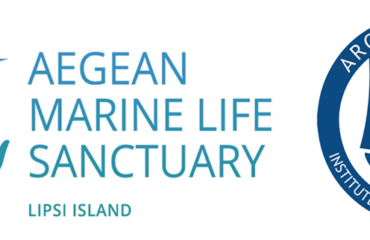 The Aegean Marine Life Sanctuary at the World Whale Conference 2019 !