Remote internships out of Greece

Marine Mammals Research & Conservation remote internships out of Greece are hosted by an Institute of Marine Conservation, a highly respected non-profit NGO. The mission of this institute combines multidisciplinary scientific research with efficient conservation work, facilitated through participation and support of the surrounding local communities. Remote interns aid the institute’s researchers in key tasks including photo identification activities, population structure analysis and map creation using GIS, as well as live stream drone surveys and boat based surveys that continue to be carried out in spring, summer and autumn 2020.

Remote interns aid the institute by helping to analyze and interpret marine mammal sightings data, which can then be used to inform local conservation and environmental management activities. Example projects that remote interns may expect to focus on include:

1. Comparing changes in Delphinus delphis population in the Aegean Sea between 2005 and 2019

Photo-identification is a common technique that allows researchers to identify individuals of the species Delphinus delphis using distinguishing features of dorsal fins, such as pigmentation patterns, scarring, and notches. The Institute of Marine Conservation in Greece has been collecting photos for the last 20 years; however, only a small part of this large photo library has been analysed and processed! This is where remote interns come in. Remote interns use photographs to identify individuals from 2005 and compare the presence and movements of these individuals. This work serves to provide more insight into D. delphis population dynamics, such as determining permanent or temporary residents. With this project, remote interns analyse and match photos collected from boat surveys against the institute’s catalogue of identified individuals.

2. Assessing changes in the pod structure of cetaceans during different seasons of 2017 - 2019

Delphinus delphis and Tursiops truncatus, like all dolphins, are social animals, forming pods which are key for behaviours like feeding and travelling. Depending on the species, pods can consist of over 50 individuals. The structure of these pods, like the overall number of individuals, with a break-down of calf, adult, and juvenile numbers, can provide valuable information on breeding grounds and calving seasons over the years. With this remote internship research project, interns analyse the population structure of dolphin sightings collected from boat surveys during 2017-2019 and create maps displaying this information. Remote interns must have experience using GIS to assist with the map creation aspect of this task.

Drone technology provides a modern way of observing cetaceans with minimal human disturbance when strict protocols are in place. Such surveys allow researchers the rare opportunity to collect behavioural data in the absence of research vessels. Using drone footage, information on abundance and distribution of cetacean populations can be collected, in addition to behaviour data. With this remote internship research project, interns can participate in drone surveys via livestream or recorded data and analyze the drone footage post-survey to identify species and behaviour. This information can then be used to compare cetacean behaviour collected on boat surveys to determine differences in the presence and absence of our research vessel. 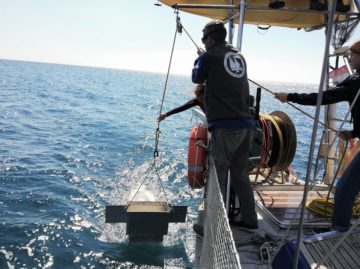 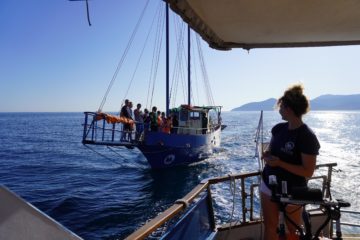 At least one year of relevant college/university study in biology, environmental sciences, sustainability, or a related field.
High School Students aged 16+ may be accepted, depending on the strength of their application.

SPECIAL OFFER: Join Archipelagos Research Teams Free for 1 Month in the coming years, to take part in the research project you worked on during your remote internship

Remote interns who register before January 2021, are offered the opportunity to join and work with the Archipelagos research team for 1 month at any time in the coming years with all local costs covered (accommodation & board, participation in the research activities and research trips etc - excluding flights to Greece), so that they can take part in the project in which they have worked on remotely.

Internship fees may be covered by Erasmus or other equivalent grants.

This internship is conducted in English.

Investigating the Macroinvertebrate Communities Living within the Posidonia oceanica Wracks 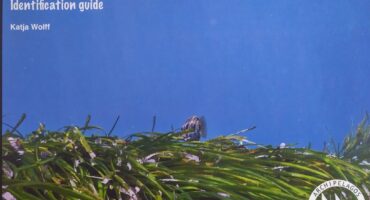 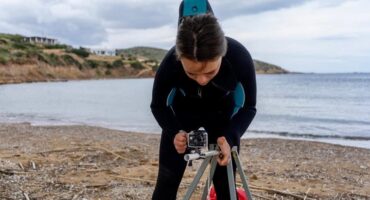