Start your career with a unique experience!

The Mediterranean is a unique sea with exceptional biodiversity within its waters. Although it represents only 0.8% of the seas worldwide, it supports 7% of all existing marine species. Even though the rich biodiversity spans across the Mediterranean Sea, 25 hotspots have been found in the Eastern Basin alone, which covers the Levantine and Aegean Sea. The Aegean Sea covers an area of approximately 214,000 km2 and holds thousands of smaller and larger islands and islets in its waters. This region comprises one of the most biodiverse areas in the entire Mediterranean and hosts unique ecosystems that have developed over millions of years into a complex web of interdependent species.

Slow growing seagrass meadows provide essential habitats and serve as a nursery for juvenile fish, while invertebrates thrive along macroalgae within the species-rich rocky shores. In deeper waters we are discovering previously unknown coralligenous habitats with incredibly diverse species communities. Hundreds of fish species and thousands of invertebrate species can be found in these extensive areas of priority protected habitats. All of the above highlight the magical world of the Greek seas, but the fact that this biodiversity still survives seems to be purely by luck since few protection or conservation measures are in place. Numerous anthropogenic influences, such as extensive fishing, climate change and the introduction of invasive species threaten to disturb the balance of these biodiversity hotspots. This is a great challenge that all actions of Archipelagos aim to address. 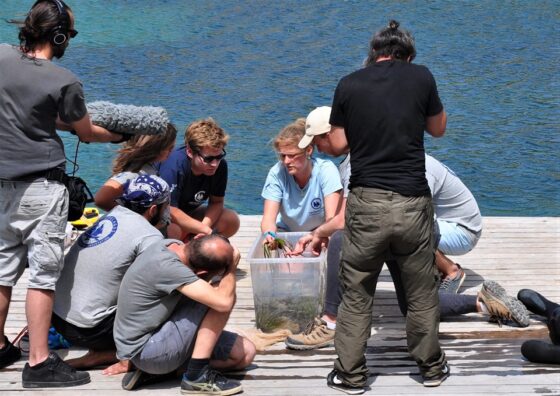 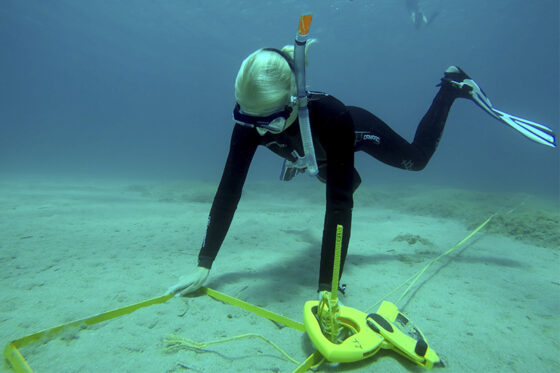 To provide Archipelagos with the necessary scientific basis to formulate effective conservation measures, the marine ecology team collects data to assess the current state of the local ecosystems, their development over time, the effects of ongoing conservation efforts and finally the consequences of anthropogenic influences. Data is gathered in the field using a broad variety of equipment and methods tailored to the respective subtopic, via underwater surveys. The Marine ecology team consists of a variety of smaller project groups that focus on specific topics to effectively contribute to the overarching goal to provide scientific evidence for conservation efforts.

• Monitoring seagrass health according to international standards to identify the state of this characteristic biodiversity hotspot.
• Assessment of macroinvertebrate and vertebrate biodiversity respective to the type of habitat using UVC, belt transects and RUV.
• Document the current state of species as well as changes over time in the local communities.
• Monitoring populations in the Aegean Marine Life Sanctuary bay to identify the effects of protected areas on biodiversity and population dynamics.
• Monitoring and determination of present invasive species and their abundance
• Seagrass replanting of the endemic species, Posidonia oceanica, in the bay of the AMLS using environmentally friendly and cost-effective methods. 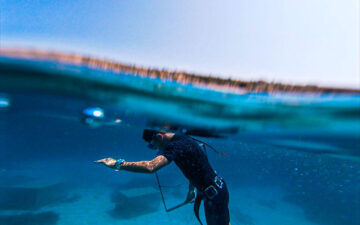 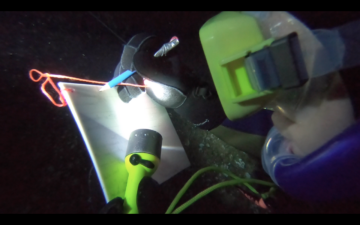 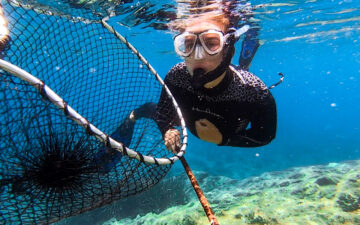 As a marine ecology intern you will contribute to the conservation efforts by joining one of the project groups in which you are responsible to collect data in the field using a broad variety of equipment and methods as well as the analysis of your data during office work. Since Archipelagos aims to sustain a versatile and up to date overview of the different aspects to the local marine ecosystems, you will be able to gain valuable skills and knowledge in a vast array of subtopics.

At least one of the following requirements is needed:
• Working towards or completion of a relevant scientific degree.
• Experience with snorkeling and free diving.
• Data entry.
• Knowledge in the application of statistics, with some experience in a programming language such as R or Python.
• Good knowledge of the marine environment.
• Experience with scientific surveying.

We offer an internship at an inspiring institute with experts on coastal conservation. You have the opportunity to collect data for writing a thesis, scientific publications or increasing your skillset within the marine conservation sector. Internships range from 3 - 12 months, although shorter or longer internship periods may be arranged to cover the needs of groups or individuals. As Archipelagos is a non-profit research institute, the internships we offer are unpaid. The experience requires an internship weekly fee of 200 - 245 euros to cover living and research expenses (e.g. housing, 3 meals a day, public liability insurance and other research facilities). Students and recent graduates and researchers are advised to search for possible funding through their universities, by getting in touch with the International Office/ Placement/ Erasmus+ Offices at their Universities or other relevant grant providing organizations in their region.

To apply for this internship, please send an email to our admissions team outlining your program of interest and requesting an application form - [email protected] We will get back to you within 2 working days. 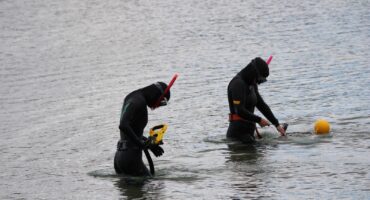 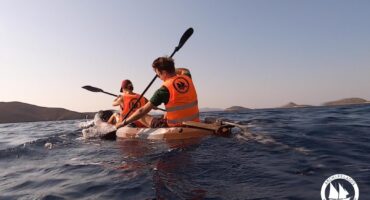 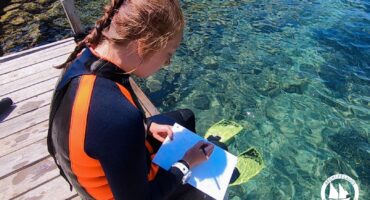 To apply for an internship, send a CV, cover letter, and at least one reference letter or reference contact details using the button at the top of the page