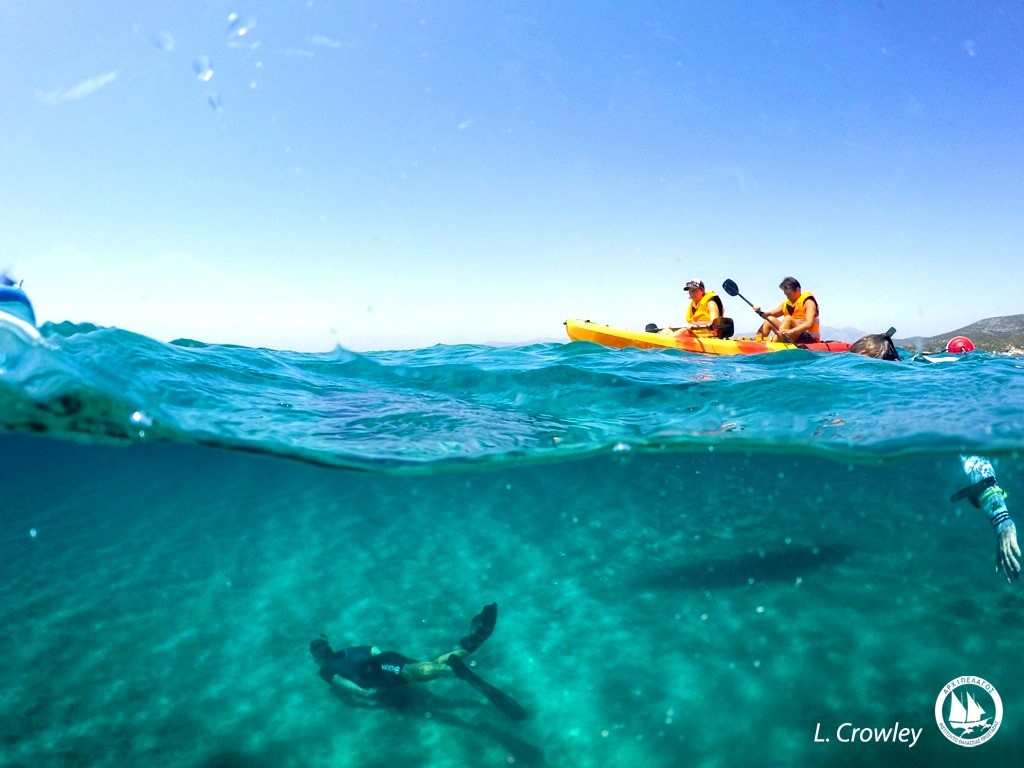 As a geography student from Nottingham Trent University in the UK I worked on a remote internship programme using GIS with Archipelagos for six weeks, opening doors to a new field of research in marine conservation. I began my placement from home on 15th June 2020 where my pre-existing GIS skills were put to the test, tackling new spatial analysis problems and developing as a researcher. 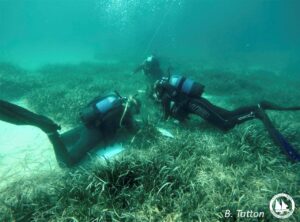 I decided to apply for an internship here at Archipelagos back in January/February 2020 after seeing an advertisement via the university hub. The use of GIS and remote sensing within Greece sounded like an amazing opportunity so, with the level of confidence developed, I took the plunge.

Unfortunately, the rise of COVID-19 meant that the placement had to be cancelled but instead of this, I was offered a remote intern programme for six weeks to compensate for the missed real-life opportunity. The project I worked on was in relation to studying the presence and absence of Posidonia oceanica seagrass around the island of Samos with the aim of understanding how accurate different map datasets were for this particular species, endemic to the Mediterranean. 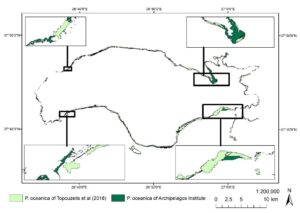 One of the main projects, which my supervisor was working on, was examining and evaluating a range of mapped datasets of Posidonia oceanica. This is a species of seagrass which provides essential ecosystem services such as food provision, coastal protection, carbon sequestration, increased water quality and life cycle maintenance. My task was to find out which mapped dataset was the most accurate at revealing the presence or absence of P. oceanica.

Before undertaking any GIS and spatial analysis, I produced a literature review to gain a deeper understanding of the range of methods involved to map P. oceanica, which ranged from satellite imagery, Side Scan Sonar (SSS), to Autonomous Underwater Vehicles (AUV). I was provided with datasets produced by the Greek government from 2015, a study undertaken by Topouzelis et al (2018) and also a study carried out Archipelagos itself. One of the maps I produced (below) shows the mapped comparison of the classified Greek Government (2015) and Archipelagos datasets in Samos, Greece produced by ArcGIS software where it is clear that the Archipelagos data has mapped a lot more of the specific seagrass species. 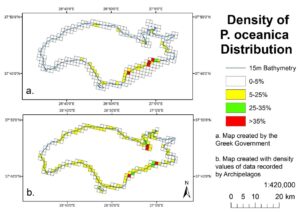 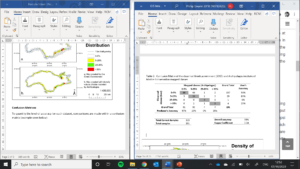 To quantify the level of accuracy for each dataset, comparisons are made within a confusion matrix (left) where it is clear that the example supports the contention of the map (above) that the Archipelagos dataset was more accurate since the government dataset only produced a 59% overall accuracy with a low kappa Coefficient of 0.24.

Despite the situation of working from home for six weeks and not being able to experience the local environment in the Aegean islands, I feel that I have quickly adapted during an unprecedented time which employers will certainly value more looking towards the future. I don’t think I’ve ever video called as much as I did during the placement but it has brought me out of my comfort zone in that respect so I don’t dread calling people as much as I used to! 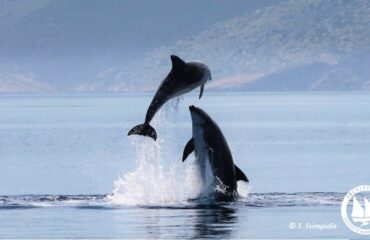 Marine Bioacoustics, focussing on the effect of boat presence and anthropogenic noise