Forests of the seas

The protected Posidonia oceanica seagrass meadows, which are only found in the Mediterranean, play a crucial role as a breeding and nursery ground in coastal waters down to 50 metres depth.  Over 300 species of marine plants and 1000 species of marine animals live within Posidonia meadows, including a large number of commercially important ­sh species.

Unfortunately, nowadays Posidonia meadows are in decline, in some cases heading towards deserti­cation and this is more evident in the western and central Mediterranean. Some of the largest remaining extensive Posidonia meadows of the Mediterranean can be found in the northern Dodecanese waters, where they can be easily spotted on almost every coast.

In the region of the Dodecanese islands, the most prominent threat is that of anchoring by large numbers of recreational boats. Each time an anchor is thrown on a seagrass meadow, damage is in‑icted which will take several decades to recover.

Imagine the impact caused in a small bay where over 20 yachts anchor daily during the summer months.

Posidonia seagrass is a long-living and slow growing species. Meadows within the Mediterranean were recently dated to 10,000 years old – the oldest living organism on earth!

WATCH WHERE YOU DROP YOUR ANCHOR!

When seagrass meadows are destroyed:

The seas become less productive and so do the local

Nearby beaches can disappear forever!

When the deep rhizome of the seagrass is not present, there is no longer a natural  barrier to protect the local beaches from winter storms and they erode.

THE BEST KEPT SECRET OF THE MEDITERRANEAN!

Unlike tropical coral reefs, these brilliantly vibrant coralligenous reefs are found in deeper waters, in areas of dim light between 70-150m depth.

These biodiversity hot-spots are critically important for life in the seas, supporting a rich diversity of over 1600 species including 300 species of algae, 1200 species of invertebrates and over 100 ­sh species.

With an extremely slow growth rate of 0.0006-1mm per year, coralligenous reefs have been recorded to be over 7.700 years old; therefore the destruction caused by bottom trawling methods used in commercial ­shieries is essentially irreversible.

Under both EU and Greek law, destructive trawling methods are banned in areas in which these reefs exist.  Unfortunately, as the majority of these reefs in Greece and the Mediterranean overall are still unknown and have not been mapped, this protection falls in practice and the destruction continues to occur… 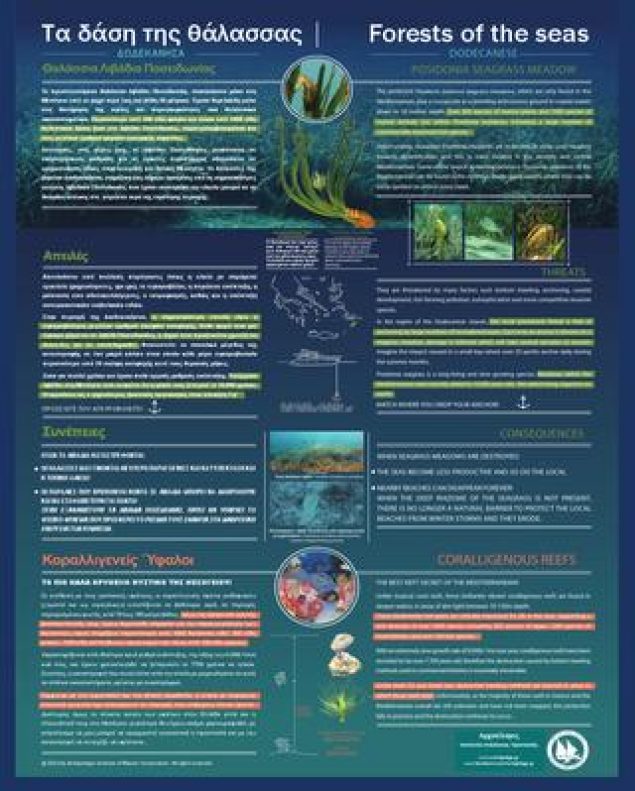