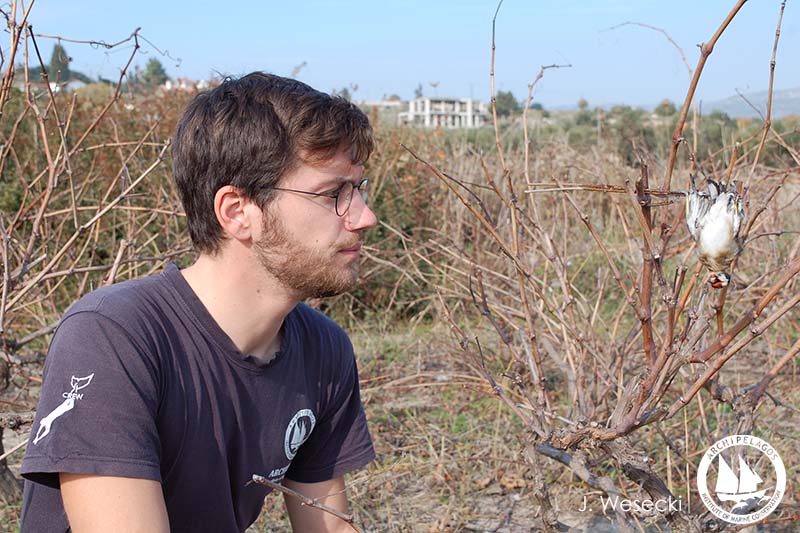 The poaching of songbirds is a chronic problem here in the eastern Aegean that Archipelagos Institute of Marine Conservation is working to combat. However, it happens throughout the whole of Greece, especially in areas where there is a strong migration of songbirds.

This widespread, illegal and immoral smuggling has never been treated seriously by the authorities, and consequently, this has led to an increase of this illegal practice in recent years. The trapped birds are often retained in cages for the purposes of entertainment and decoration (…!), while there is also a more modern practise in which the birds are served as an expensive gourmet dish in restaurants (e.g. in Cyprus a portion of “ambelopoulia” can cost as much as 80 euros). 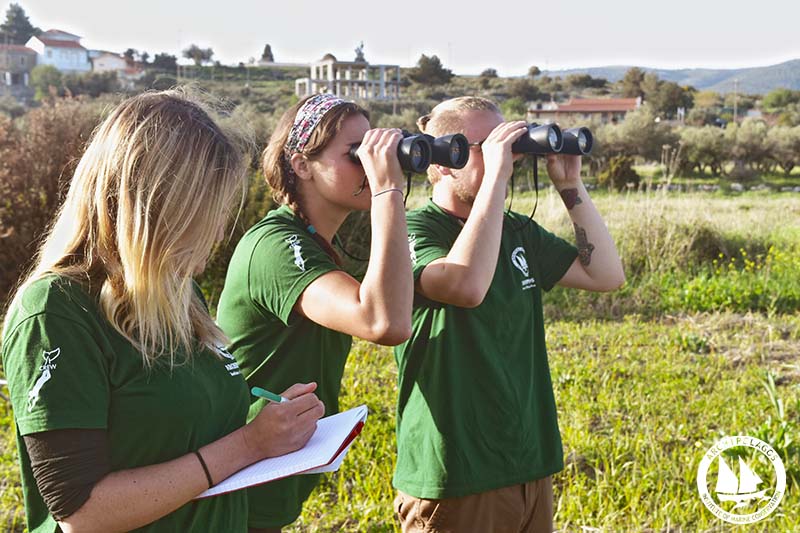 Recently, researchers at Archipelagos Institute located another poaching incident on the island of Samos. The incident happened at dawn whilst they were out recording migratory bird populations. They specifically identified a man who was ensnaring small songbirds (Goldfinches, Blackcaps etc) using lime sticks. For this incident, the researchers instantly notified the local Forest Rangers. With the swift and effective response of the hunting ranger, Mr Kontorianos, the poacher was arrested and subsequently taken to the judge. The trail was done immediately that day and the poacher was appropriately sentenced, while the trapped songbirds were released back into the wild. It should be noted that according to the Greek legislation, poaching of birds can be punishable with immediate imprisonment of up to two years without the possibility of appeal or acquittal, depending on the case.

This incident is not an isolated case – there is poaching activity in other parts of the eastern Aegean. Archipelagos Institute is gathering evidence about these illegal and unacceptable practices, while also in cooperation with the competent authorities.

According to a report conducted by Birdlife International in 2015, there is an estimated 25 million songbirds illegally killed or trapped using lime sticks in the Mediterranean. Blackcaps are the most targeted species for illegal poaching in the Mediterranean, accounting for 45% of all illegally poached songbirds. In Greece, the death toll of illegally killed songbirds exceeds 704,000 per year, whilst Greece is also the third primary country in the illegal hunting of Goldfinches.

Archipelagos aims to contribute to put an end to the unacceptable poaching of songbirds. However, our actions can only cover the areas of the eastern Aegean in which we monitor year round. In order to end this ongoing, increasing environmental crime throughout Greece, we need everyone to take action. Whether as individuals or organisations, utilizing any information or evidence is crucial to effectively combat poaching practices. 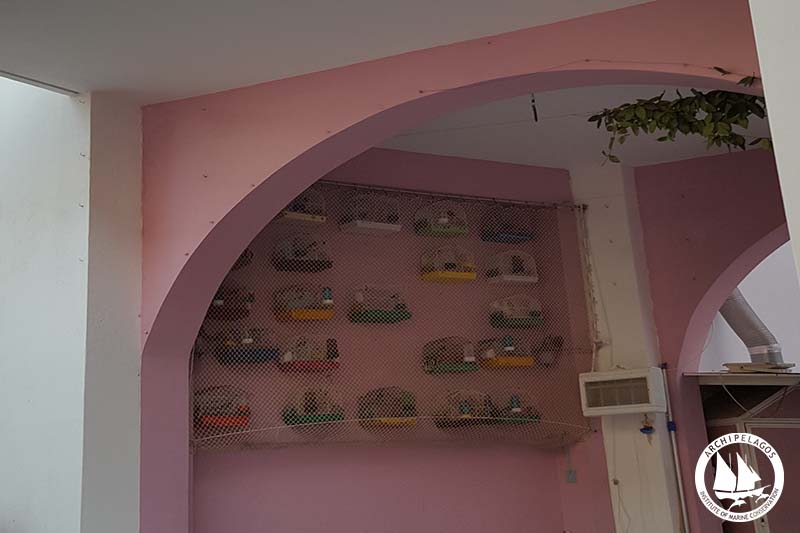 Archipelagos Institute strongly encourages citizens throughout Greece to increase their attention to identifying acts of songbird or other wildlife smuggling. We are always available to provide advice, or any other support needed for initiatives against this unacceptable phenomenon of wildlife poaching. 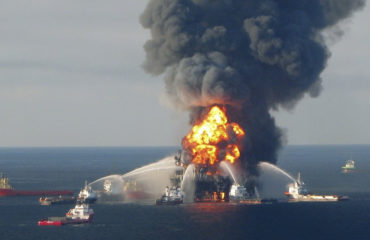 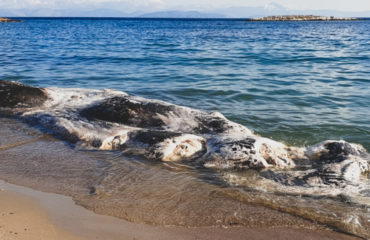 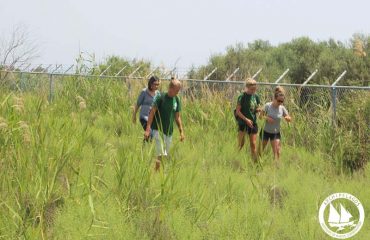 Cooperation of Archipelagos Institute with the International Airport of Samos