In 2005 the islets Anydro and Petrokaravo north of Patmos, which are part of the Wildlife Refuge, were the first areas in Greece, where the implementation of military exercises using real ammunition was stopped, for reasons concerning environmental protection. This was the result of coordinated and dynamic intervention by the Archipelagos Institute, in close cooperation with the local community and the Municipality of Patmos.

The “Permanent Wildlife Refuge of Arki Island Complex & N. Patmos Islets” consists of 14 islands and small islets in the Patmos region. It was established by Greek law in 2004, based on biodiversity research carried out by Archipelagos Institute of Marine Conservation, in co-operation with the local community, the Municipality of Patmos, and the South Aegean District.

Within the refuge area hunting is permanently prohibited, as well as any human intervention and destruction of flora and fauna.

The active contribution and initiatives of the local communities and authorities, in cooperation with Archipelagos Institute, have been of utmost importance for the application of the management measures.

The area is protected due to its special environmental significance. The small size, geographical isolation and the limited human presence make these islets of very high biodiversity value, while also being ideal feeding and breeding grounds for numerous rare species of birds. 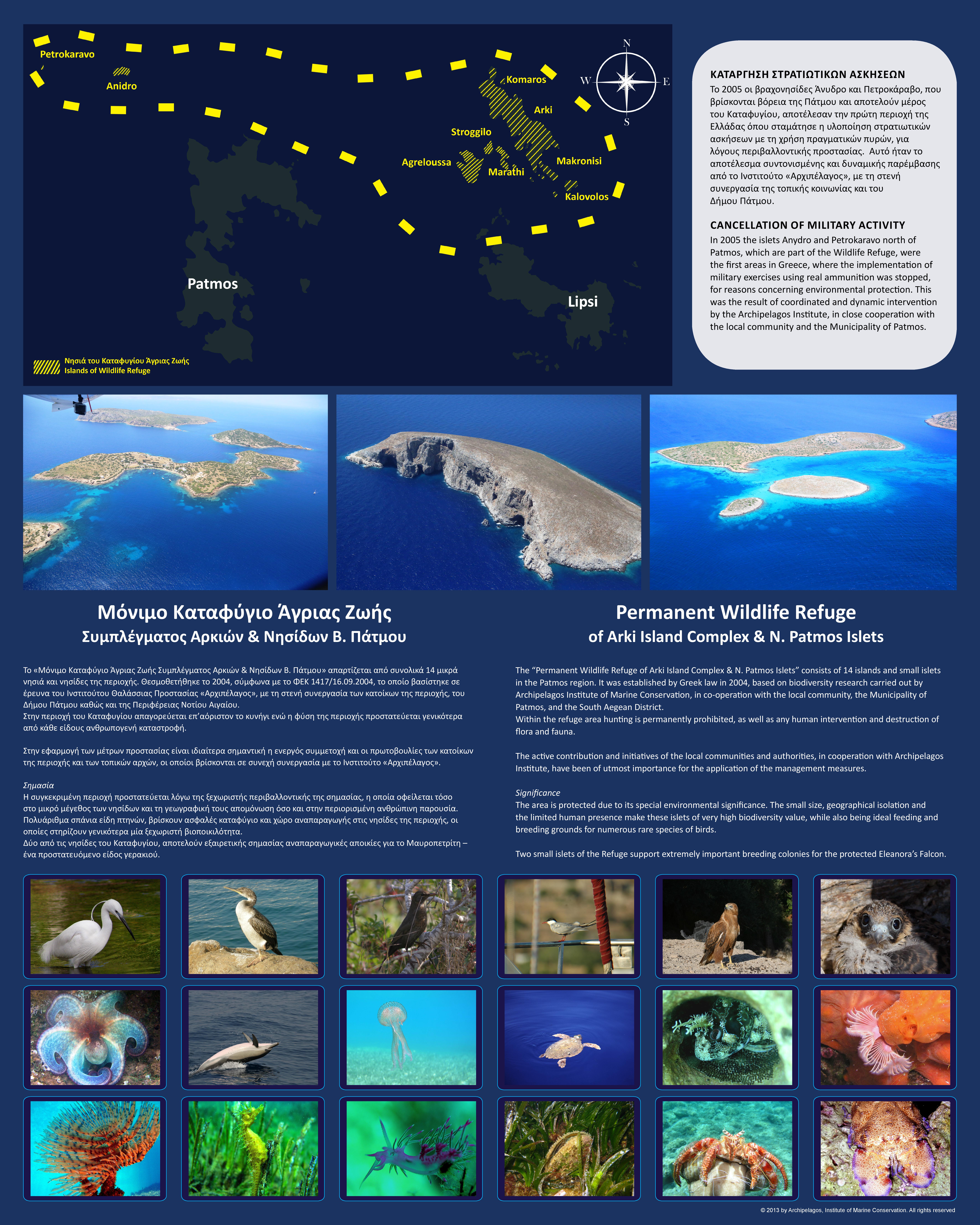