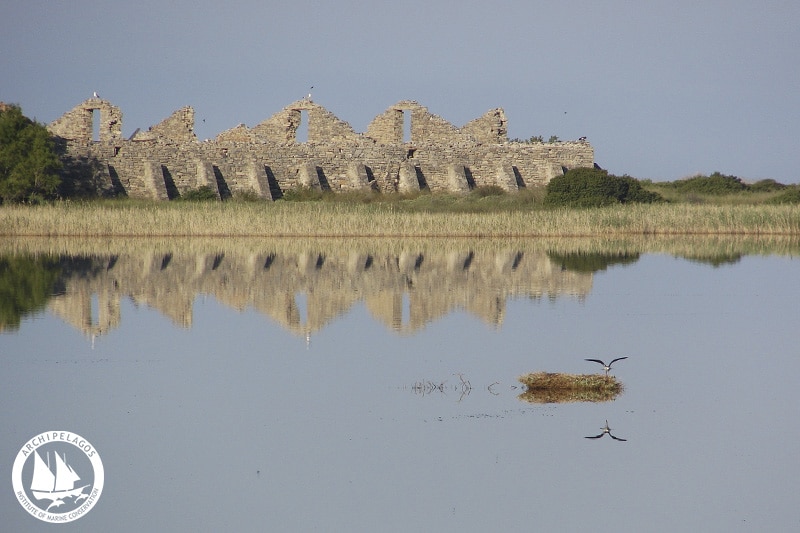 The definition of many freshwater ecosystems is rather arbitrary. For example, the terms "stream" and "river" often mean the same thing. However, as a rule, streams consist of clear water which flows over gravel or rock and often contain pools, while rivers are generally deeper, muddier and usually lack pools. Wetlands, on the other hand, have set boundaries, but even these have exceptions. The Ramsar Convention (1971) defines a wetland as:

“Areas of marsh, fen, peatland or water, which are static or flowing, fresh, brackish or salt, including areas of marine water, the depth of which, at low tide, does not exceed six meters.”

However, the second article of the convention adds to this and says that wetlands may incorporate “riparian and coastal zones adjacent to the wetlands and islands or bodies of marine water deeper than six meters at low tide lying within the wetlands.”

Freshwater ecosystems are constantly changing. Rivers, streams, lakes and wetlands are very closely linked to their surrounding catchment areas. They may greatly vary in their appearance, influence and impacts, as well as their species diversity. For example, the anthropogenic pressure near the river mouth is usually much bigger than at the highland source.

These areas are ecologically important. First of all, they support valuable flora and fauna species. Wetlands slow flowing rivers and recharge underground aquifers, which  hydrate a given area during periods of drought. They also collect a lot of sediment which is washed down the river or flows up with the tide. At the same time they may also trap toxins, which would otherwise reduce the water quality in the area.

Despite the existence of the Ramsar Convention and numerous other conservation plans, ignorance has led to the destruction of countless wetlands. Most freshwater ecosystems within the Greek islands are under threat. The destruction of these habitats will lead to the extinction of many rare organisms.

The flora and fauna present in Greek freshwater ecosystems and their surrounding areas are diverse and ecologically important. All organisms that live there have adapted themselves to survive in a changing ecosystem, with a constant unidirectional water flow. The abundance and diversity of species reflect the quality of water and the overall habitat. Below is a short list of species which are very typical for the Greek island freshwater habitats. 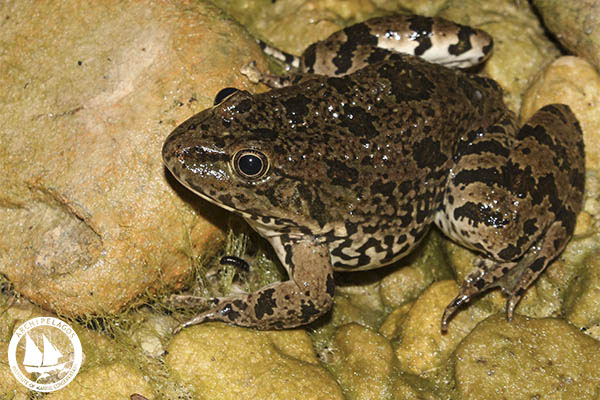 This is the largest frog species native to Europe, which may grow up to 15 cm in length. It is a fairly robust species, found in a variety of freshwater ecosystems, including those on the Aegean island of Ikaria. Generally, the marsh frog is a diurnal species, although it can also be seen during the night. It is a very vocal species and it is more likely to be heard before it is seen. It is also a very social species, often forming large groups along river banks. At the moment, due to its large population and widespread distribution, the IUCN has classified it as Least Concern. Luckily it is a reasonably tolerant species, which can survive in polluted and saline environments. As a result, it should be a resident of freshwater ecosystems for a long time to come. 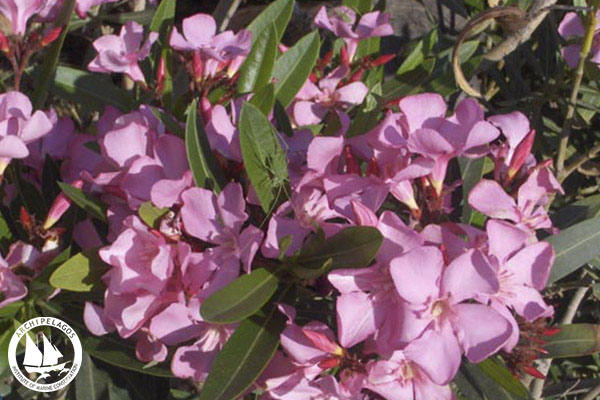 This is the only species found within its genus. This common, evergreen shrub grows along river banks and streams at low elevations. N. oleander can often be used as an indicator of the freshwater presence. Its length ranges between one meter and five meters and its long branches stand erect. It produces long, narrow fruits,which split open lengthwise to release seeds when the plant is mature. The flowers are normally pink, but can also be white or red. Oleanders flower during a long summer period. The IUCN has classified this species as Least Concern, because it is very widespread. However, without this species many freshwater ecosystems would not have the same ecological or aesthetic value. 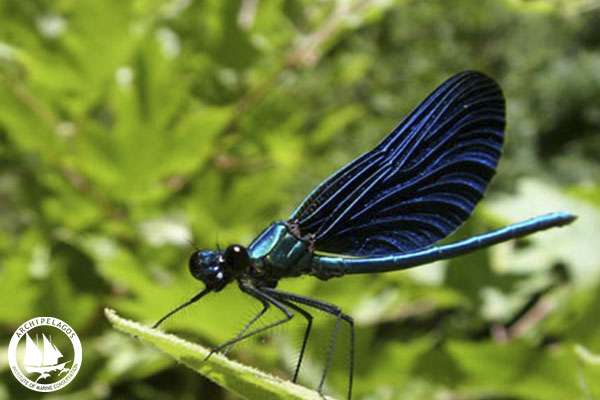 Like all damselflies, this species is closely associated with freshwater habitats. It is a fairly large and robust species, measuring up to 49 mm in length. Male C. virgo are metallic blue in color, while their wings are dark purplish blue. The females are metallic green or brown and their wings have a white spot on the tips. They are more likely to be found upstream, in shaded habitats which are more open than the lower sections of rivers. More open habitats are likely to be inhabited by a similar species – Banded demoiselle (C. splendens). Beautiful demoiselles have not been included on the IUCN Red List of Threatened Species, because in many areas they are locally abundant and can easily be spotted on numerous streams. 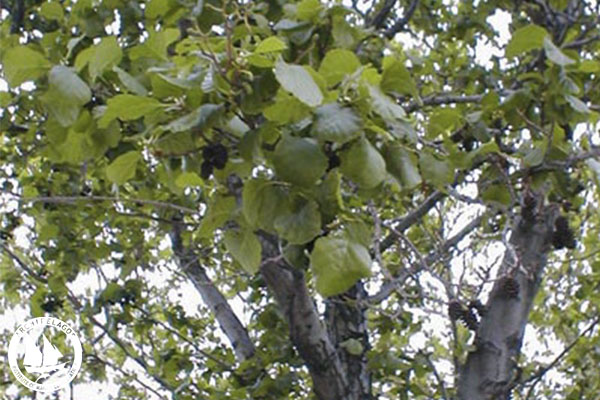 A. glutinosa is a deciduous tree, which on the Greek islands can grow up to 20 m in height, yet in ideal conditions even up to 35 m. It has a straight trunk with spreading branches. At maturity, its bark begins to split, creating great fissures down the length of the trunk. The flowers group together in catkins, where the female ones are green and egg-shaped. Black alder grows in wet and damp habitats, so it is likely to be found alongside rivers, streams and ravines. It is perfectly capable of growing in marsh or wetland areas, where its roots are completely submerged. Despite this, it is most often found in semi-mountainous areas. The IUCN classifies this species as Least Concern. However, it is mentioned in the Habitats Directive (92/43/EEC Directive) Annex I (“Alluvial forests with Alnus glutinosa and Fraxinus excelsior”).

Many freshwater and wetland ecosystems have been lost or irreversibly damaged. In the last two generations Greece has lost two thirds of its wetland habitats. While natural threats, such as erosion, flooding and drought can be harmful to freshwater ecosystems, they do not cause as much damage as the anthropogenic activities. Such factors include: 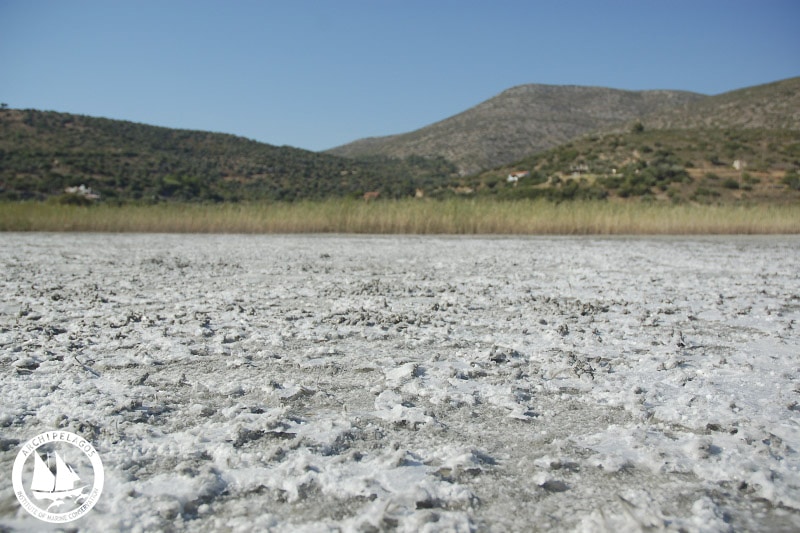 Aquifers found in low-lying areas are often linked to wetland ecosystems. If the water from underground aquifers is pumped out too often, they may become salinized due to seawater intrusion. When such aquifer rehydrates the wetland ecosystem, this saline water may affect the local flora and fauna.

Expansion of farmland puts great pressure on rivers and freshwater systems. Freshwater is needed for the irrigation of crops; only a few of them can tolerate saltwater. This problem is especially visible on small Greek islands, where freshwater may be a rarity. Many rivers on the island of Ikaria suffer from illegal water pumping for irrigation purposes.

Many rivers have been affected by anthropogenic activities, such as construction of reservoirs and dams or straightening the river channels. These alterations change the way in which the water flows and puts pressure on the surrounding catchment area. Local flora and fauna species are likely to suffer, especially if artificial base layers are added to the rivers. A dam, for example, may block the natural migration routes of different species. Ultimately, modification of any freshwater ecosystem changes the whole way in which it functions.

The introduction of exotic or non-native species to a freshwater ecosystem can seriously damage it. The introduced species may outcompete the native ones as a result of competition for resources. These introductions are often accidental, however, some are not. For example, the introduction of goldfish into the Myrsonas river took place to make it more aesthetically pleasant for tourists.

The influx of tourists to the island of Ikaria is one of the largest threats to its freshwater ecosystems, especially during summer months. Tourists who do not respectthe environment often use the river in unacceptable ways, predominantly due to their own ignorance. For example, using detergents to wash clothes releases toxins into the water system. Such substances are potentially lethal to flora and fauna species. In general, the litter left by tourists damages the environment both aesthetically and ecologically. 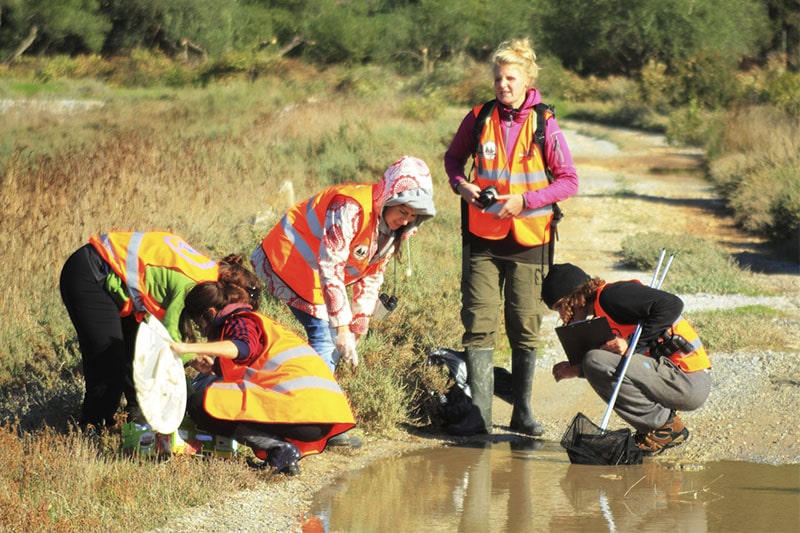 Freshwater habitats are fairly uncommon across the Aegean islands. However, several watercourses are present on the island of Ikaria. Most of them flow from the south to the north. The three largest rivers on the west side of the island (Halaris, Harakas and Myrsonas) originate from the mountain plateaus of Erifi and Ammoudia.

Archipelagos Institute of Marine Conservation has been actively studying these unique freshwater ecosystems. Studies have focused on the flora and fauna of the three aforementioned rivers. Each river is equally important and extensive research has been carried out to find which species are present and what actions could be implemented to help protecting these ecosystems.

The Halaris river, which is a Natura 2000 site, has been studied extensively since the spring of 2002. The research was supposed to produce a “Special Environmental Assessment Study”, the application of which would ensure the sustainable management of the river valley. With the help of Archipelagos’ volunteers, a plan for the cleaning and restoration of this area was implemented. It primarily involved the removal of plastic pipes which were used to illegally pump water for crop irrigation.

Additionally, posters and leaflets have been created in order to inform the local people about the importance of island freshwater ecosystems and the ways in which they are being destroyed. Further educational material has been created for schools and the local communities. Archipelagos offers field courses and environmental lessons to the students from Ikaria and international graduates in order to show them the significance of these beautiful freshwater ecosystems.