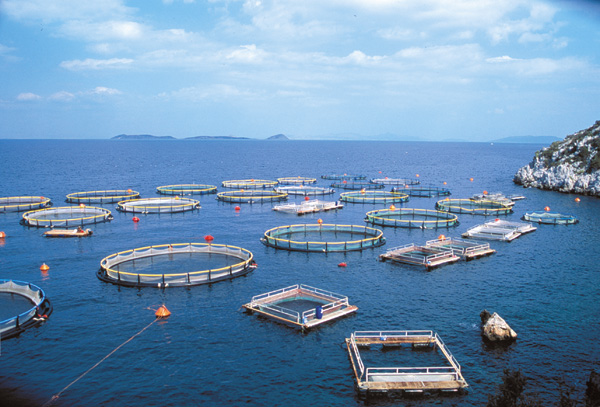 Archipelagos Institute and the Municipality of Patmos have joined forces to strongly oppose the establishment of fish-farms in the seas of Patmos and the surrounding islands and islets. These potentially large scale fish-farms—made possible as a result of the new legislation passed on aquaculture—threaten to damage, if not destroy, the highly diverse and productive coastal ecosystems of the region. Intensive fish-farming—as practiced for the last couple of decades in the Greek seas—has already directly and negatively impacted the health and productivity ofseas in the region, and inevitably causes significant consequences on fisheries and tourism.

The marine region of Patmosand the surrounding islands and islets, are home to an increasingly rare natural wealth of marine species. It is because of this biodiversity and natural wealth that the area has been integrated into the Natura 2000 network. The seas support extensive areas of Posidonia sea grass meadows and Coralligene reefs,both highly protected marine habitats which are of crucial significance to the health and productivity of Mediterranean marine ecosystems, and by default the preservation of healthy fisheries.

Our main standpoint for opposing the planning of extensive fish farms in the region is that they are to be installed in areas that support priority protected marine habitats (preliminary mapping of which has taken placeduring the last few years by Archipelagos Institute).
It is proven that mariculture causes long term and significant impacts in these productive areas and more specifically, the criteria set out by the new legislation clearly states that mariculture is forbidden in areas above Posidonia sea grass meadows or any other protected marine habitat. In cooperation with the Municipality of Patmos, Archipelagos Institute plans toupdate and complete the mapping of the priority marine habitats of Patmos and the island complexes that belong to its Municipality by the end of spring 2012.

Archipelagos Institute is against the implementation of this new legislation in the region, on the grounds of the destructive impact these intensive fish-farms will have on the marine environment. This practice will overload the local marine environment with organic matter and chemical pollution that will change the composition of the seawater; reducing sunlight penetration and so limiting the process of photosynthesis for the coastal ecosystems. For example, tens of tons of aquaculture ‘waste’ enters the coastal ecosystemdaily, causing a dramatic decline in biodiversity and in the health of coastal ecosystems. It is estimated that acultured 400g fish will only consume 22-29% of the feed it is provided with; the rest enters an area of up to 1000 meters in circumference around the fish-farm cage. These farms destroy the natural wealth of these fragile areas, and result in a decline of biodiversity, and further threaten the already struggling populations of rare and protected species.

This kind of mariculture cannot operate without burdening the local environment and stifling sustainable growth. Normally, the environmental impact of these aquaculture practices should have been assessed prior to the passing of this legislation, however, in this case, the assessment must happen now. The relevant governmental authorities are obliged to work in collaboration with the local authorities to initiate the necessary process of identifying and mapping habitats (such as the Posidonia sea grass beds), in order to prevent the establishment of fish-farms in areas that are identified to have significant biodiversity—a conditionof the newly passed legislation.

The Municipality of Patmos and Archipelagos Institute have officially reported our joint position on this issue to the deputy minister of Culture and Tourism, George Nikitiadis, who has taken the initiative to consolidate opinions and complaints lodged by the Municipalities of the Dodecanese and Archipelagos, and coordinate necessary actions. 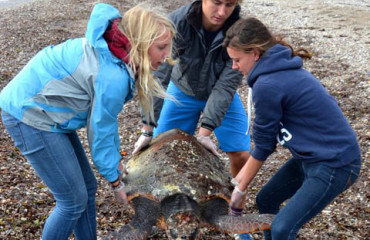 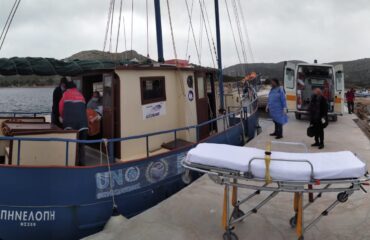 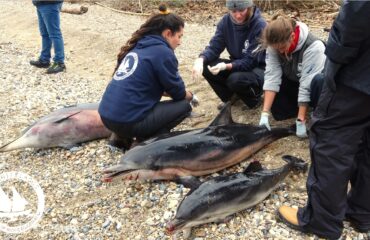