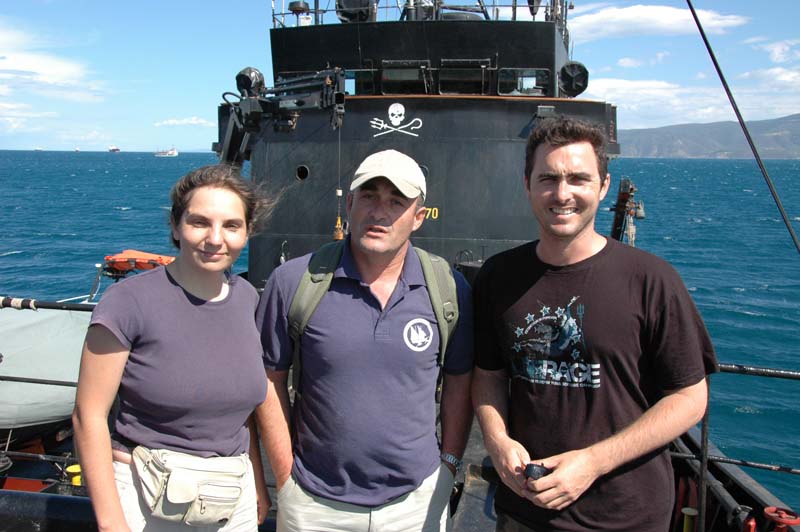 A scheduled meeting was held in late June aboard the vessel ‘’Steven Irwin’’ between Archipelagos members and the crew of the International activist organisation, Sea Shepherd Conservation Society. The Sea Shepherd organisation was operating discretely to combat destructive fishing and illegal transportation of fish in the Mediterranean.

Thus, Archipelagos had the opportunity to meet with these activists while they were operating incognito in Greece to talk about the possibility of taking joint action, exchange tips and information on issues of common concern, and strengthen cooperative ties.

Archipelagos and Sea Shepherd share the goal of efficient and effective protection of marine ecosystems. This shared objective is likely to lead to closer cooperation between the two organisations. The organisations agree that it is our common obligation to take all action possible to stop practices that lead to the collapse of fish stocks and the deterioration of marine ecosystems.

The meeting took place a few days after Sea Shepherd “liberated” 800 bluefin tuna  that were illegally caught by “poachers” off the Libyan coast and a few days before an Archipelagos vessel was aggressively approached by a Turkish fishing vessel that was engaging in illegal fishing activities in the sea area between Samos and Fournoi.

Sea Shepherd Conservation Society (SSCS) is an international non-profit, marine wildlife conservation organization. The mission of SSCS is to end the destruction of habitat and slaughter of wildlife in the world’s oceans in order to conserve and protect ecosystems and species.
Sea Shepherd uses innovative direct-action tactics to investigate, document, and take action when necessary to expose and confront illegal activities on the high seas. By safeguarding the biodiversity of our delicately-balanced ocean ecosystems, Sea Shepherd works to ensure their survival for future generations. 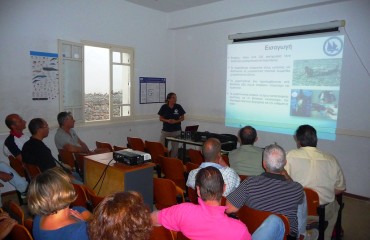 Coralligenous Habitats – Protecting the Secret of the Aegean