Archipelagos’ Terrestrial Research Team, is continuing for the 7th year the monitoring of the Mediterranean chameleon population on Samos island. Being aware of the rarity of the species and of the responsibility this brings, Archipelagos began to monitor populations of this rare species since 2009, combining field research with awareness raising efforts. The aim is to engage the local community in the conservation efforts of the last important population of the species in the Aegean. It is very encouraging to see the change in attitude of the local community, towards the chameleon, as a result of this effort. All of these actions are self-financed by Archipelagos and rely entirely on voluntary work.

The Mediterranean chameleon is a special animal and a very interesting species for researchers to study. In most areas of the world where it occurs, it is recognized as a flagship species. The last recorded population of Mediterranean chameleons in Greece still survives on Samos island. Chameleons greatly contribute to the balance of terrestrial ecosystems of the island, regulating insect populations on which it feeds.

It is very important to realize that the Aegean island habitat that have been geographically isolated for many centuries, and as a result their biodiversity is highly vulnerable. For this reason, a large fire or excessive use of pesticides can be fatal to this important population. 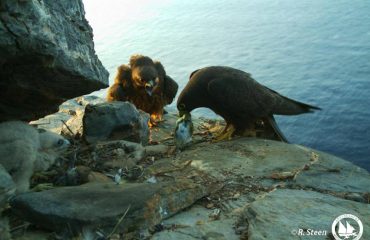 Monitoring the nesting behavior of the Eleonora’s falcon 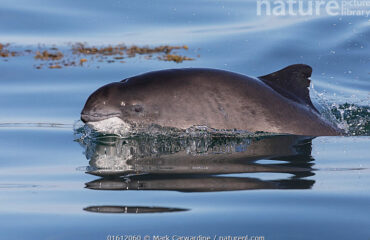 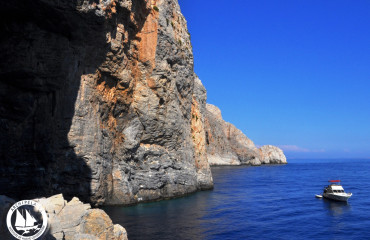 Videos reveal the secrets of the Eleonora’s falcon