The projects are focused on the following fields:

Research on the Golden Jackal Populations is one of the main focus of Archipelagos’ Terrestrial Research, aiming to generate knowledge that will efficiently protect the last remaining island population of Golden Jackals in Europe 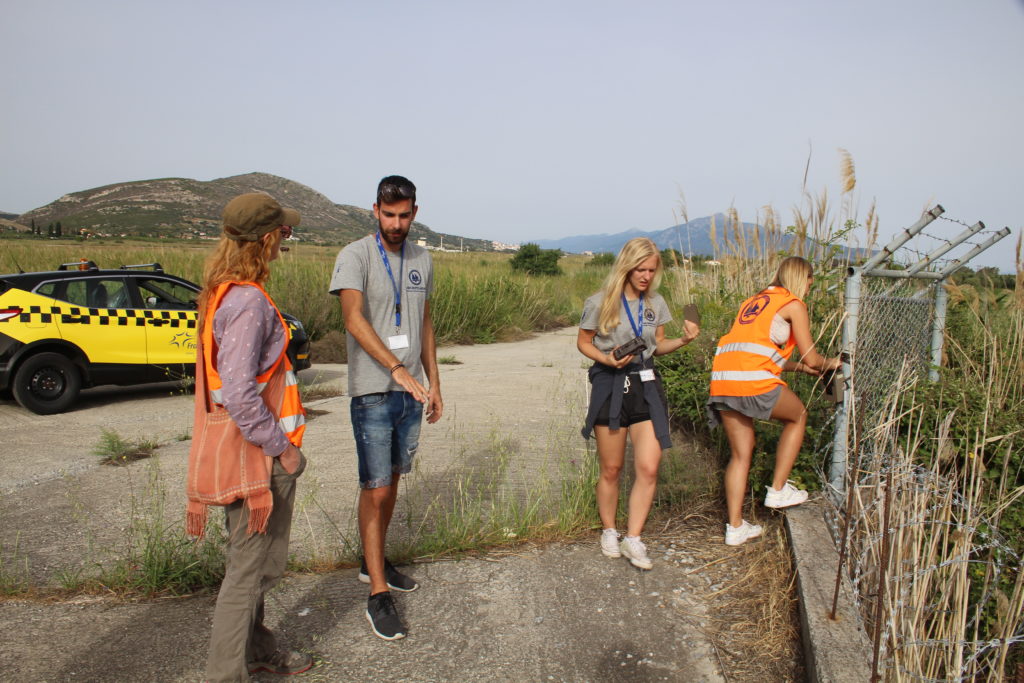 Archipelagos’ latest project, in conjunction with Samos International Airport, have joined forces in order to safely and ethically exclude jackals from the airport. Presently, there is a large population of Golden Jackals, Canis aureus, living in and around the airport with the population moving freely between the airport grounds and surrounding areas via gaps in the airport fence. The presence of jackals inside the airport pose a threat to aircraft as it increases the risk of collision. The risk of collision is especially high at night, when the jackals are most active, and when pups are born in early spring as they are curious about their environment. We are working to track several individuals with the use of GPS collars which provide insight into the movement of jackals after their exclusion from the airport.

Through the use of strategically positioned camera traps and conducting acoustic surveys, information about how jackals use the area and how they access the airport are collected. This allows for the management of the population and successful exclusion of the jackals from the airport. This will be beneficial as there is adequate jackal habitat in the local areas outside the airport and will mitigate the risk of aircraft collisions. 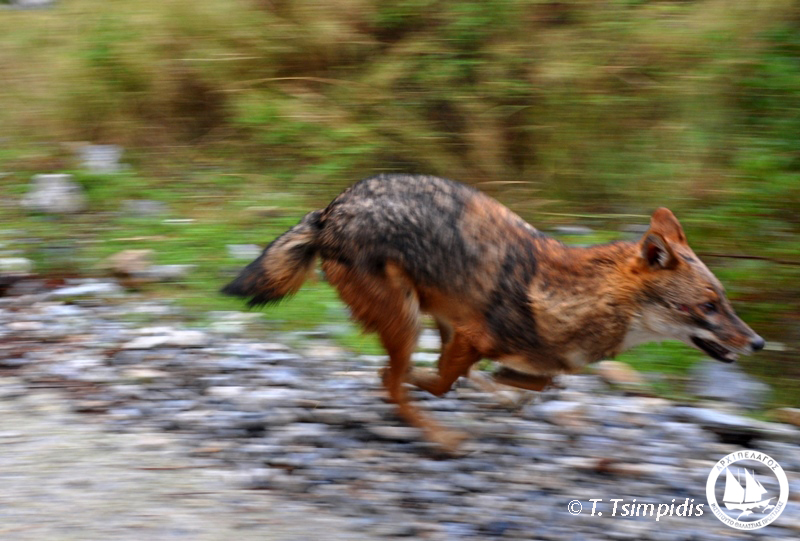 In order to monitor the local jackal population, surveys using camera traps are baited with different types of meat. This allows the identification of individual jackals, whilst also investigating the use of smell, food preference and general observation of this elusive species. For each objective the cameras and baits must be placed in different ways. For example, the food preference or dietary studies require baits to be placed in increasingly difficult places, this tests how far the jackals will go before opting for a less desirable fruit or vegetable choice. Camera traps are deployed so that any time a jackal attends a feeding station it is recorded, the behavior of the jackal can then be analyzed through photographs and video.

Scat is also being collected and analysed to determine its feeding behavior. These surveys provide information on both population density, as well as the composition of the diet of the Golden Jackal, but also provide valuable information on jackal interaction with livestock and agriculture, as well as main dietary components. 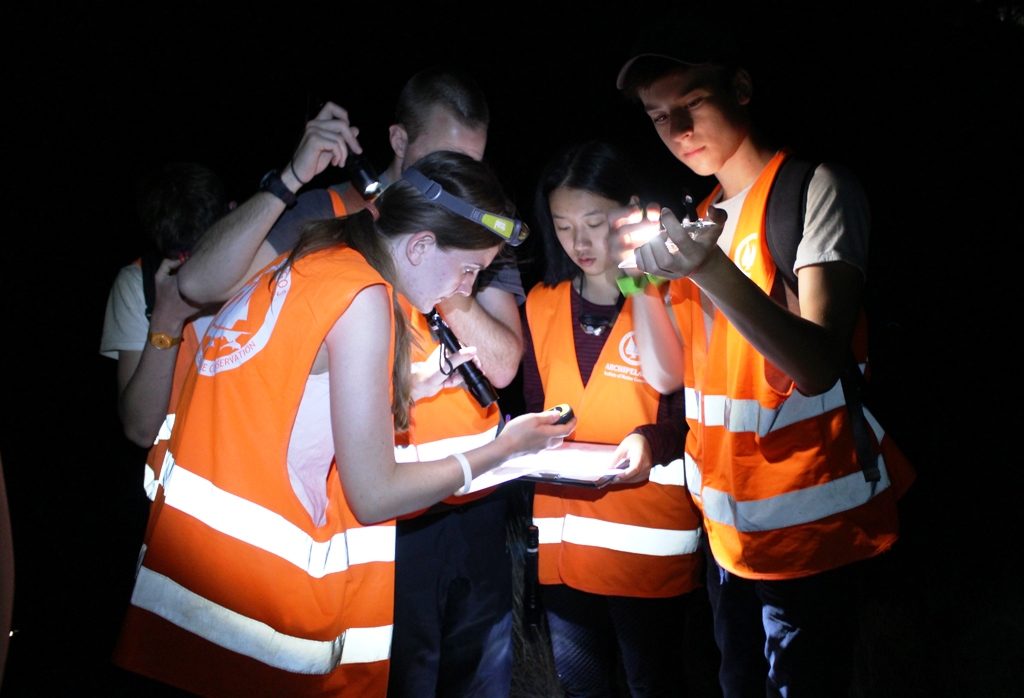 Bioacoustics, in simplified terms, is the study of the noises that animals make, this can range from ultrasonic echolocation of bats to the sonorous call of whales and everything in-between. Sound is one of the main ways animals communicate and interpret the world around them and one of the most far reaching interactions. Most animals will use sound to communicate within and outside their species and can include: Courtship and mating, aggression, alarm and social maintenance (communication between members of the organism’s flock, pride, swarm, etc.). For the message to be interpreted correctly these calls must be distinct and recognizable, this provides a non-invasive method to record and, with a fair amount of accuracy, identify the species that produced it as well as some information as to why.

Samos has a rich population of vocal organisms, though the current focus of our research revolves around bats and birds. Both groups vocalise for a variety of different reasons and have calls distinct enough to identify them to species. The focus of our research is to monitor species diversity which is particularly useful not only because these organisms are protected and their presence will assist with wider conservation on Samos but also because they dwell high on their respective food webs and are sensitive to changes in their environment, hence, changes in their populations can tell us a lot about the health of Samos.

Currently, bioacoustics devices are being utilized to better understand which species are present, their abundance and movement in Golden Jackals, birds and bats. 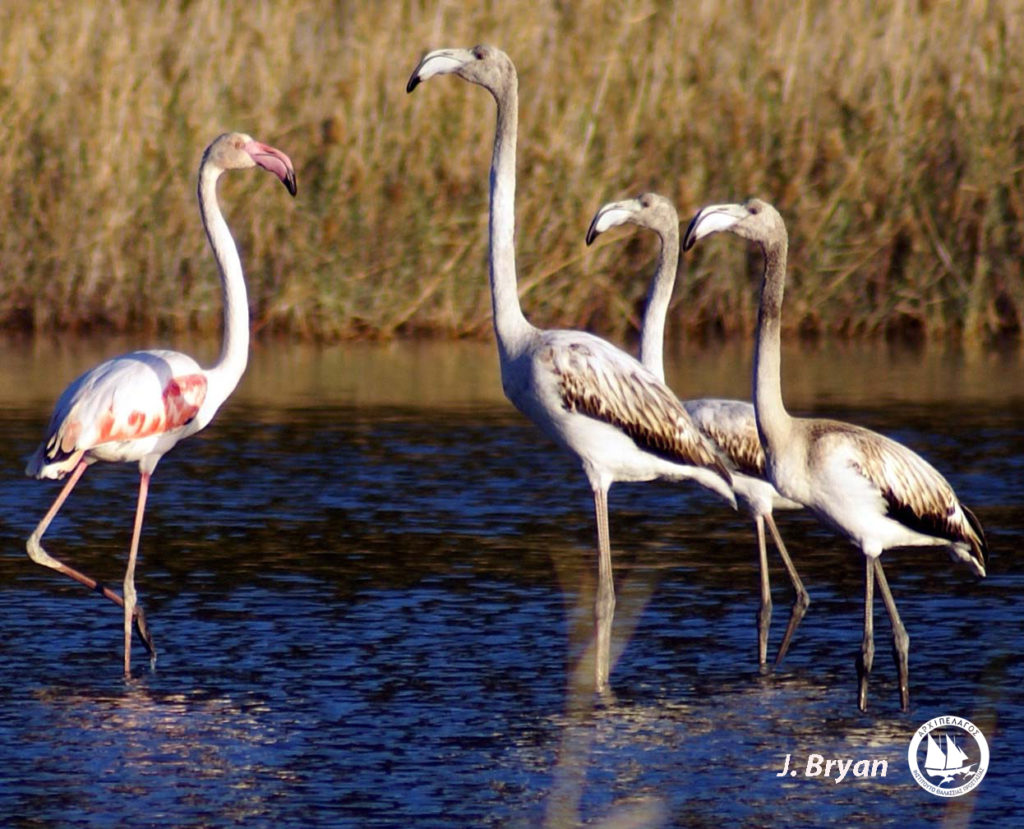 To protect the valuable wetland habitats on the east Aegean Islands from threats resulting from uncontrolled development, illegal hunting and habitat destruction, Archipelagos’ terrestrial research team is monitoring all bird species recorded in the wetland areas on the island. These wetlands are an important habitat for organisms of all kinds including many species of birds, many migratory, threatened or iconic species, for example the Greater flamingo (Phoenicopterus roseus). These birds use the wetlands for feeding, breeding or as a place to rest during migration. By making inventories and diversity indices, which are combined with awareness-raising actions, we aim engage the local communities in action for the conservation of these rare island habitats. 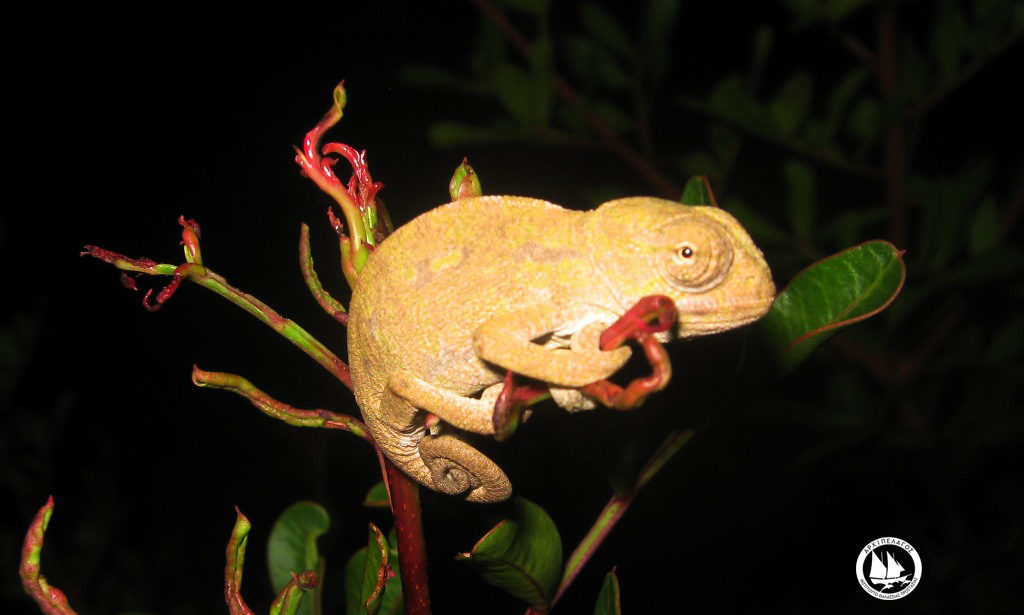 Research on the Mediterranean chameleon is carried out in order to fill the existing knowledge gaps on the last remaining population of this species in Greece which still survives on Samos island. This study aims to provide a better understanding of the habitat use of chameleons to better inform conservation efforts. Findings so far suggest the arborescent matorral habitats may be critical habitat and that anthropogenic influences, including habitat loss, contribute to population declines.

Observations of behavior of the Common chameleon in the wild are essential to better understanding the population on Samos. During the mating season, between July and October, their behavior changes and these reptiles become more active. As the population on Samos is isolated and with a low density, we are studying whether their survival and reproduction rates differ from other populations. Furthermore, by collecting data about vegetation and habitat preferences, we hope to gain important information which then can be used for the ongoing population density study. 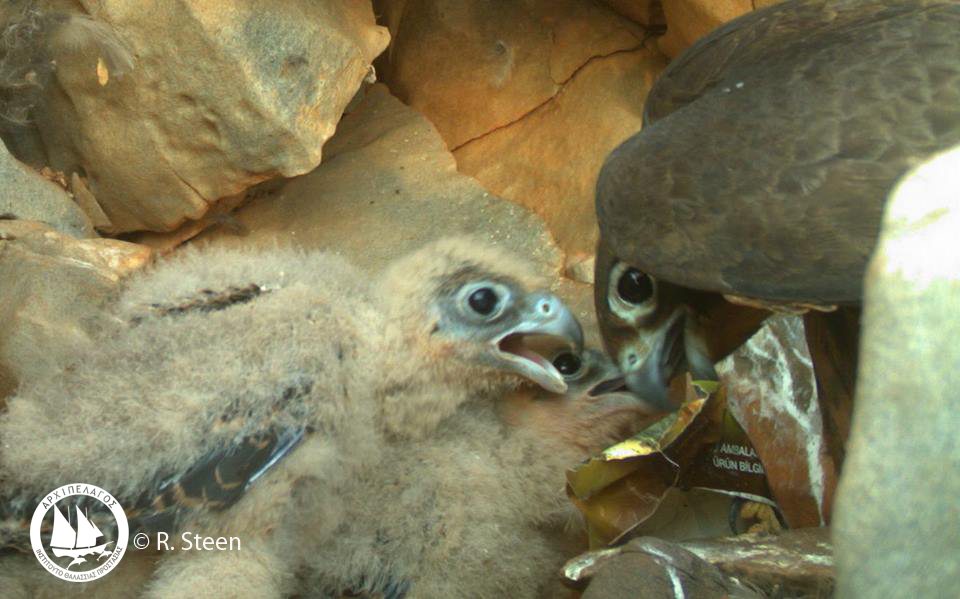 Habitat loss and degradation, detrimental agriculture and land use practices, persecution through direct killing or poisoning, illegal wildlife trade, invasive species, and pollution are major threats to biodiversity. Education and the inclusion of the public is key to the preservation of ecosystems and their biodiversity. Each individual has a varying impact on the environment and by seeking knowledge and making conscious choices in our daily lives we can all make a difference in conservation. Archipelagos strives to connect with those who interact with the environment with work on a daily basis as they have the power to make changes for the better while realizing benefits from leaving ecosystems intact. Healthy ecosystems which retain biodiversity allow for natural buffers from natural disasters, provide free pest management and have much value for tourism and locals who can enjoy the aesthetics of natural beauty.