The workgroup meeting was an initiative of CIESM (International Commission for the Scientific Exploration of the Mediterranean) and 29 scientists of various disciplines from 14 Mediterranean countries were invited. The Archipelagos representative stated the Institute’s position with regards to the establishment and enactment of Transnational Marine Parks in the north-eastern Mediterranean Sea and particularly in the Aegean. Starting from the idea that the Mediterranean is a shared sea that directly affects the socio-economic life of coastal countries, Ms.Miliou analysed the outstanding environmental importance of the region and the numerous threats that it faces – as a result of anthropogenic factors and the highly enhanced and largely unregulated – marine traffic in the Aegean.

Archipelagos’ spokeswoman made it clear that  the responsibility to safeguard the north-eastern Mediterranean does not lie to a single country, since everyday threats to the marine ecosystems, such as pollution and overfishing, affect more than just one state. At the same time, a possible ecological disaster will directly impactall coastal countries, having not only environmental but also socio-economic impacts (affecting fisheries, tourism and public health). Ms. Miliou, and several other speakers, highlighted the shortcomings and gaps in scientific research and stressed the importance and urgent need for effective conservation and management measures based on the precautionary principle to address these threats.

It is really hopeful that representatives of major scientific bodies engaged in marine research in the Mediterranean, agree that it should be an immediate priority to go from “paper parks” to effective protection measures. The meeting laid the groundwork for coordination and cooperation of stakeholders to take prompt and effective protection measures.

In this way, transnational cooperation in the creation of the Marine Conservation Zones – Peace Parks should be established in the diplomatic agenda of Mediterranean countries and the scientific community must make even greater efforts in research and in demonstrating the necessity to enact environmental management measures. 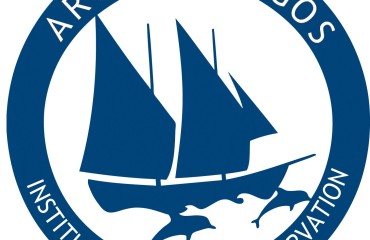