Just twelve days after the official EU fishing season for bluefin tuna in the EU Mediterranean zone has ended (June 15th), and one week after the “liberation” from the environmental organization «Sea Shepherd» of 800 tons of red tuna towed by poachers off the Libyan coast, another serious incident of illegal fishing of this kind took place – this time – in Greek waters.

On June 26th, members of Archipelagos research institute observed activities of large fishing vessels flying the flag of Turkey in Greek territorial waters in the eastern Aegean Sea. These four large fishing vessels of 20-45 meters long, were navigating in waters a very short distance from the Greek islands. Three of the vessels were each towing a big cage with live bluefin tuna, while the fourth was following a short distance behind, overseeing the transfer processes and making ongoing maneuvers in violation of the rules of innocent passage in the Greek territorial waters.

It is worth mentioning that two of the four vessels brought to their deck illegal fishing gear (trawler nets) ready for use. On the same Saturday evening, a fifth ship of this type also had crossed the same area, towing another cage of tuna.

An Archipelagos boat, on the Saturday afternoon of June 26th, approached and sailed around the Turkish fishing vessels to observe their activities and gather information. In an attempt to render information tracing the transported tuna, crew members of two different vessels provided conflicting information as to the area of capture for the tuna. One vessel reported that the tuna was fished in waters of Northern Cyprus, while another reported that it came from Antalya in Turkey.

Apparently this illegal fishing of tuna could have taken place anywhere in the Mediterranean, including Greek territorial waters.

Also note:
– Because of declining stocks of bluefin tuna by 80%, both the fishing and transport of bluefin tuna is subject to a strict European legal framework, both for Community vessels, and for third countries vessels.
– According to Regulation (EC) 1224/2009 (Article 5), Member States (including Greece) have to control fishing activities in their waters, including the transfer of fish in cages
– Under Article 72 of this Regulation, the flag Member State and other Member States “shall also examine suitably documented information regarding sighted vessels submitted by individual citizens, civil society organisations, including environmental organizations.”
– A June 15th 2010 European Commission decision banned fishing of the bluefin tuna in the Mediterranean.

Members of Archipelagos alerted the relevant port authorities, because according to the above regulation, the fishing vessels must carry an electronic device that transmits an automatic detection and recognition to the Vessel Monitoring System of the Greek Fisheries Monitoring Centre.

Also, in accordance with Regulation (EC) 1224/2009, the Greek authorities with the above electronic system should have made an automatic detection and identification of these vessels. Moreover, the authorities should conduct an inspection of fishing vessels at sea to verify if the fishing gear and catches are legal, to verify the place of origin of the catches; and, last but not least, the accuracy of the supporting documents. Then, in accordance with the above regulation, the Greek authorities should prepare an inspection report which should be communicated to the EU Commission for Fisheries and the competent authorities of Turkey.

The Director of Archipelagos, Thodoris Tsimpidis, pointed out: “We regret to note that the existing Greek control mechanisms are inadequate to control illegal and destructive fishing activities. This lack of implementation of EU regulations is due to: the failure to provide clear instructions from the competent authorities to the inspection services, the lack of trained cadres, inadequate equipment (computers and software) of the Greek Fisheries Monitoring Centre and also the lack of sufficient infrastructures for control (e.g. patrol cars and aircraft).

It is worth mentioning that it is not the first time that we see, during the weekends, illegal fishing activities or suspicious crossings. This is an affront to the country, as it seems that it is widely known that the monitoring system in our country operates only on weekdays.

Once again, it has been proven that fishing activities in national and international waters in the Mediterranean lack proper controls. Despite efforts by the European Commission to adopt rules and measures for the conservation and recovery of fish stocks, as well as guidelines (Reg. EK1005/2008) to prevent, deter and eliminate illegal, unreported and unregulated fishing, depleting stocks and illegal fishing activities continue to occur.

Simultaneously, the multi-year plans of the International Commission for the Conservation of Atlantic Tunas (ICCAT) appear to be established on paper, without being really applied. Thus, they are unable to contribute to the recovery of stocks of highly migratory species (e.g. tuna and swordfish), stocks that are now prone to the risk of total collapse, underlines Mr. Tsimpidis.

Archipelagos once again is sounding the alarm on the continued emptying of the seas from overfishing. As shown, bureaucracy and big economic interests are still stronger than any desire or efforts made by authorities for the sustainable management of fish stocks and the elimination of illegal and unreported fishing. 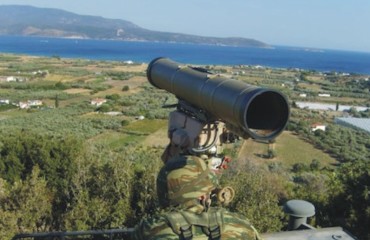 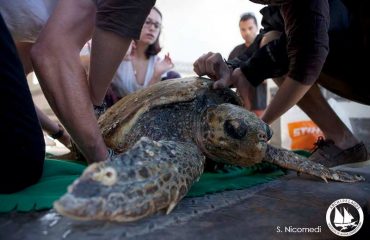 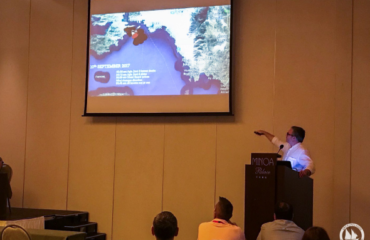