Katja Wolff, a Swiss-Greek intern from Paros island, Greece, who during her gap year worked on creating a fish ID guide based on the fish species she had been recording while on her visual-census surveys. For the creation of this guide she used photos she had collected along with some of her very own illustrations to point out the characteristics that differentiate each species. 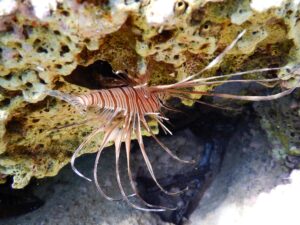 ‘’A year ago, I was still in school planning on what to do after my final exams. I came up with the decision to do a gap year, which would give me the opportunity to think about my future (studies, career) and have some unique experiences. My internship here in Archipelagos became part of my gap year plan because I wanted to learn more about scientific research and what the life of a scientist would be like, the required fieldwork, but also office work, how it’s been done and maybe find out if that could be a possible future life for me.’’ 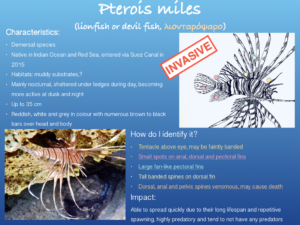 After one month being in Archipelagos, I realised that this place gave me a lot more than I was expecting. It gave me the chance to meet great people from all around the globe, to gain fieldwork skills while assisting in the Posidonia oceanica health assessment surveys and the project assessing the spread invasive species projects (thesis projects of other interns). This experience allowed me to realise the value and importance of organisation, effective communication and team work, as well as to develop my own ideas and creativity by starting my own project: making my own fish ID guide. 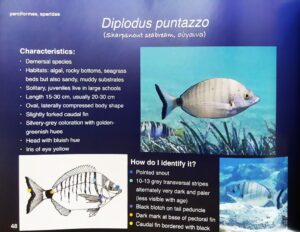 ‘‘I worked on my project by joining visual-census snorkelling surveys, with my camera. I used to identify the fish I saw during surveys, take pictures of them, gather information about every species and make drawings of each as accurately as I can. 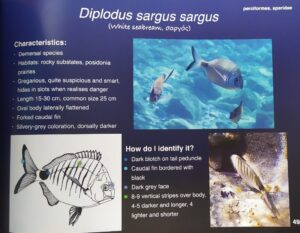 I also researched the species I identified and used any relevant information in my ID guide to help others differentiate species in the future.’’