Poaching of songbirds, chameleons and other wildlife is a major problem in the Mediterranean, specifically in the Aegean. Although poaching is traditional here, the Archipelagos Institute of Marine Conservation has found that the practice is becoming increasingly unsustainable. For example, the Mediterranean chameleon often falls victim to poaching and is now only found in Samos, Greece. Unfortunately, research about songbird and chameleon poaching in the Mediterranean is lacking, so the severity of the issue isn’t fully understood. Although there is speculation of butterfly poaching, sufficient information hasn’t been collected. Cooperative action is now being taken by organizations, such as Archipelagos, and governments to impose penalties and increase awareness about these crimes. This allows both the public and poachers to realize the true threat that poaching poses to the Mediterranean environment, and the populations which inhabit it, and works to deter it.

Archipelagos Institute strongly encourages citizens throughout Greece to help identify acts of wildlife smuggling. Through the efforts of Archipelagos and with invaluable help from the local communities, we have been able to investigate incidents of wildlife poaching and cooperate with the local authorities in order to prosecute the perpetrators. We are always available to provide advice or any other support needed to stop wildlife poaching. We assure complete confidentiality for any individuals who are able to help identify wildlife poachers or smugglers. 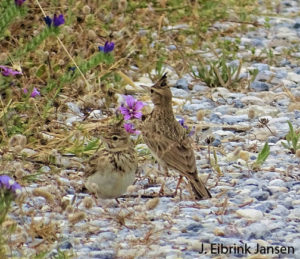 In the Mediterranean, songbird poaching and smuggling is a widespread illegal practice. According to Bird Life’s The Killing, “Of the 25 million birds illegally killed in the Mediterranean each year, 20.1 million of those are songbirds.” Songbirds like Goldfinches and Blackcaps (photographed are Crested Larks) are native to the region and are generally weaker due to their small size, making them especially vulnerable to this threat. These songbirds are poached in Greece for many reasons including use as: cage birds and pets, bait for further traps, and meat for gourmet meals (ambelopoulia, a common delicacy in Cyprus costing as much as 80 euros). Songbirds are often collected as cage birds because of their charming songs and are sold to the public who are generally unaware of the legal and environmental implications of their captivity. Songbirds are caught using methods such as shooting, netting, and gluing. Gluing is an illegal method that involves lime sticks, twigs coated in a sticky substance, that are positioned to resemble an attractive perch, which instead cause songbirds to become stuck for poachers to capture.

Bird poaching is addressed in Greek law, where hunting is limited to specific methods and seasons and trapping is strictly forbidden. Greece currently has penalties to enforce these regulations, such as fines and potential imprisonment. The EU Birds Directive “prohibits hunting of species (such as endangered species) listed in the Directive Annexes, hunting during the spring migration, and trapping techniques considered cruel and indiscriminate” [Birds Directive]. According to the Birds Directive, at least 32% of the EU's bird species are at risk. This statistic makes it clear that much more needs to be done to protect songbird populations in the Mediterranean.

Another species being targeted by poaching is the Mediterranean chameleon. The Mediterranean chameleon is now only found on Samos Island in Greece, despite in recent decades inhabiting other Greek islands including Crete and Chios. This disappearance is mainly caused by humans. While chameleons have an effective natural defense by camouflaging themselves from predators, there are anthropogenic threats that are endangering the species. These main threats include: being captured for the illegal wild animal trade where they’re sold as pets, destruction of their forest habitat from deforestation and urbanisation, and the excessive use of pesticides. There is also a common misconception that the Mediterranean Chameleon population is poisonous, on the contrary, they are not poisonous and are completely harmless to humans. Poaching of chameleons is illegal as they are protected under Greek law, yet they continue to be targeted because of a lack of monitoring and effective punishment. Archipelagos is working to implement educational programs in local schools in an attempt to save this endangered species from extinction with the help from the local communities. 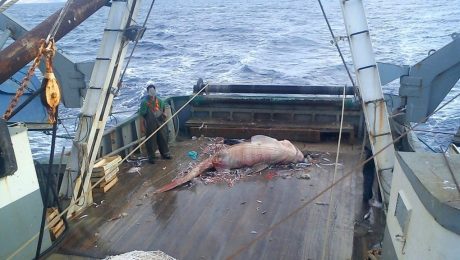 Monday, 10 July 2017 by Kleopatra Delaveri
After nearly two decades of research and action by the Archipelagos Institute for Marine Conservation to protect the Greek seas, it is remarkable that in every corner of Greece the same arguments are repeated with regards to the question: “Who destroys and empties our seas?” Artisanal fishermen accuse trawlers and recreational fishermen. Recreational fishermen blame all professionals 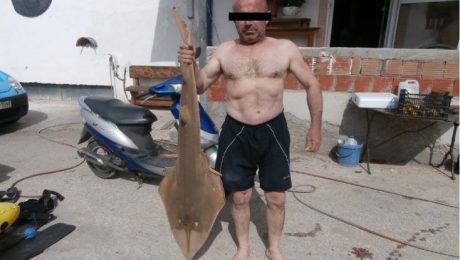 Monday, 22 May 2017 by Kleopatra Delaveri
Another “proud spear fisherman” shows off online his achievement to fish a protected species. It seems that in this country we have set a target to vanish with all means – small and large– whatever lives in our seas, but also we share our pride for our achievements in social media, so that we can 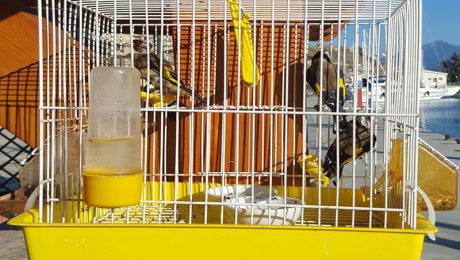 Tuesday, 19 April 2016 by Archipelagos
Following the recent actions of Archipelagos Institute to combat songbird poaching in Greece, we received multiple incident report from citizens about cases of illegal capture and caging of large numbers of songbirds in homes, warehouses, business premises etc. Specifically, there were two incidents that we were able to confirm, for which we submitted official reports 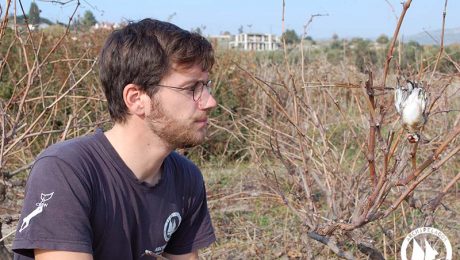 Wednesday, 30 March 2016 by Archipelagos
The poaching of songbirds is a chronic problem here in the eastern Aegean that Archipelagos Institute of Marine Conservation is working to combat. However, it happens throughout the whole of Greece, especially in areas where there is a strong migration of songbirds. This widespread, illegal and immoral smuggling has never been treated seriously by the
TOP