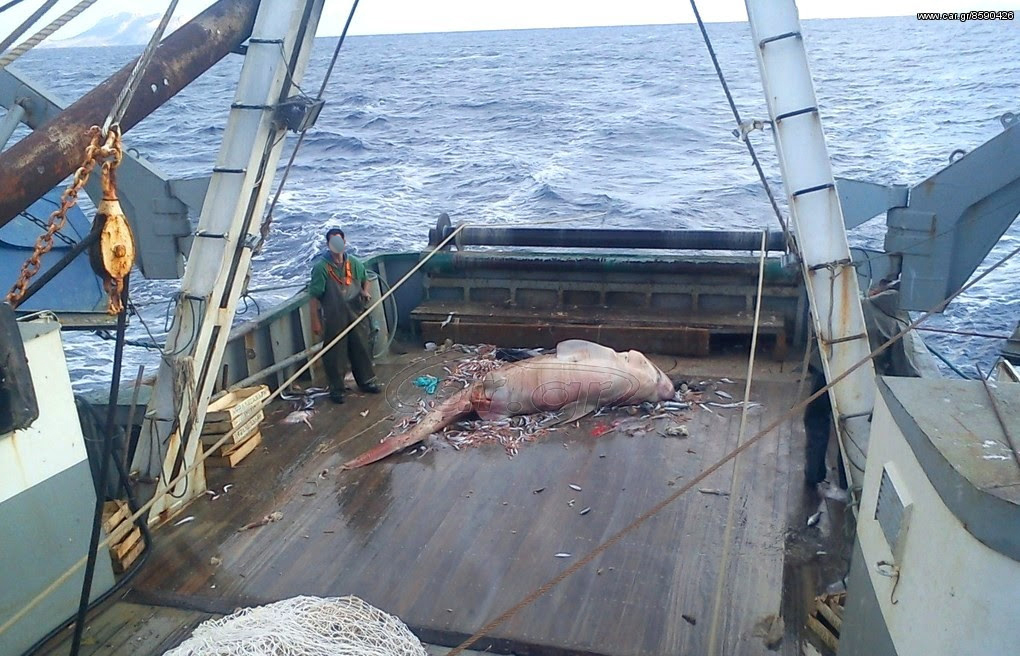 After nearly two decades of research and action by the Archipelagos Institute for Marine Conservation to protect the Greek seas, it is remarkable that in every corner of Greece the same arguments are repeated with regards to the question: “Who destroys and empties our seas?” 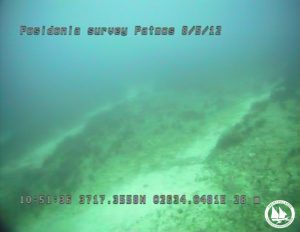 Posidonia seagrass meadow in the coast of Patmos island which has been obviously destroyed by illegal trawing, at a depth of 28m (trawling is permitted at depths that >50 metres) – Image from Archipelagos’ research surveys mapping seagrass meadows

Artisanal fishermen accuse trawlers and recreational fishermen. Recreational fishermen blame all professionals – both industrial and artisanal. Together, however, often without taking responsibility, they claim their right to overexploit our seas and rarely suggest proposals for fishstock management, or criticize those who cause small or large damages. Whether professional or recreational, there are those who fish sustainably and with respect to the environment. However, there are others who have no moral compass and take anything in their wake, often by destructive methods. 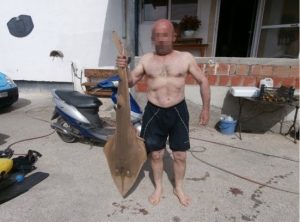 This past winter was particularly harsh for our marine ecosystems. Despite being fully subsidized, the satellite-based Vessel Monitoring System, used to track large fishing vessels, was deliberately not upgraded (as is required by national and EU law). As a result many vessels took the opportunity to cause further destruction to our seas and fish stocks, largely by illegal fishing.

After a winter of numerous violations (confirmed or otherwise), fish stocks were left in a significantly diminished state. From June onwards trawlers are seasonally prohibited from operating, whereas recreational and artisanal fishermen continue to fish. It must be made clear, the term “recreational fishermen” includes all non- professional fishermen, Greeks or otherwise, who are fishing by a variety of methods. This is particularly noticeable during the summer months, as recreational fishermen can be seen fishing from large yachts, RIBs, small boats, beaches or while swimming or snorkelling, using various fishing gear. Most fish in a sustainable way for legitimate personal consumption, however some will fish to supply local restaurants and other commercial purposes.

As if this is not enough, through social media, local newspapers and blogs, fishing for protected and rare species is being shown as an achievement, which, instead of being condemned, is well received by many. This behavior does not characterize people who consider themselves civilized and part of a nautical culture. Fortunately, however, there is also an active minority, who not only help to identify the above, but also protects our common maritime resources, as ought to be our shared moral obligation.

Many of them participate in the informal “Destructive Fisheries Observatory” of the Archipelagos Institute. This aims to identify and bring to the attention of the authorities, these incidents of destructive fishing. Those reporting the incidents remain anonymous, so that there is no risk of retaliation against them. 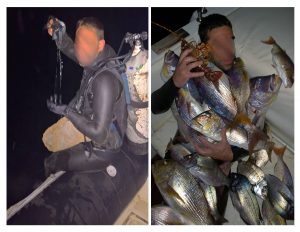 Some notable incidents of the past month are:

– The arrest of a spear-fisherman in Zakynthos, who is known on social media to shamelessly demonstrate illegal fishing while SCUBA diving and using underwater lighting. Https://www.organiclife.gr/en/hot-news/5079-epeisodiaki-sillipsi-zakintos-paranomos-psarontoufekas-me-mpoukales.html

– The arrest of a spear- fishermen on the islands of Samos and Crete, who were also fishing illegally  during the night with SCUBA gear and underwater lighting. Http://aegaio.blogspot.gr/2017/05/blog-post_796.html?spref=fb&m=1 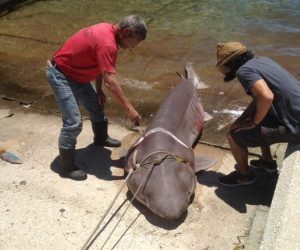 The protected sixgill shark, caught by an artisanal fisherman in Ithaki island 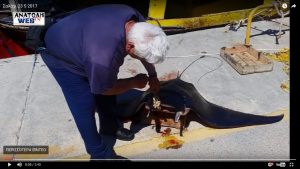 The rare and protected Giant Devil Ray (Mobula mobular), caught by an artisanal fisherman in Crete 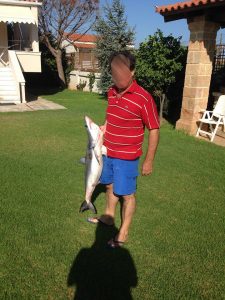 Following a large fine that had been issued by the Kos Port Authority for the capture of a large protected ray caught by a spearfisherman, through Archipelagos’ “Destructive Fisheries Observatory”, we have informed  the Port Authorities and Courts of several further incidents. 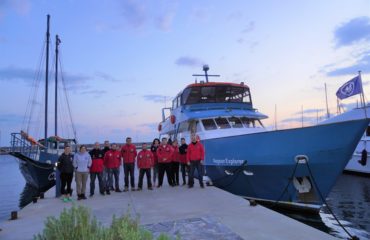 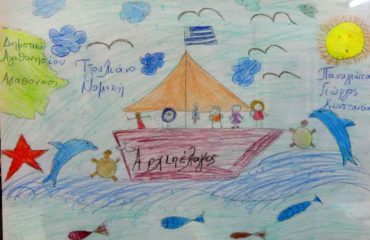