Last Friday we received another response from the President of the European Commission, Jose Manuel Barroso, about the forthcoming onboard Destruction of Syria’s Chemical Weapons. The answer comes as a result of the joint statement sent to the EU by Archipelagos, which was co-signed by dozens of specialized scientists and institutions from 14 countries, about the risk of the project.

Unfortunately, once again the answer shows the bureaucratic addressing of such a serious topic. The more response letters we receive, the more difficult is to identify who will ultimately bear the real responsibility of the project and who will take responsibility for potential pollution in case of a failure or an accident.

With assurances of the safety of the operation, the letter from the President of the European Commission says that the whole process is done with the supervision of the OPCW. But a recent letter sent by the OPCW to Archipelagos states that they act as an observer and have no responsibility for the process. Furthermore, it declares that the U.S. Navy has full control and responsibility of the project. Conversely, however, the official U.S. sources have stated repeatedly that the OPCW and the UN hold a responsible role in the process.

Still, a remarkable point of the letter sent by Mr Barroso states that “there is no intention to allow any leakage of sewage into the Mediterranean.” Of course, the question that arises is directly “So could there be such an intention?”

In addition, we received no answer as to why the Mediterranean countries play no role in the monitoring process, where even the most directly concerned have the infrastructure and expertise. Please note, as stated in the letter, that the Mediterranean countries have already contributed financially to the total amount of 17 million euros that European taxpayers will pay to support the project.

Finally, another conclusion that is extracted from this letter is the fact that there is a general lack of clarity as to the sea area where they will place the disaster, as it is clearly stated that it has not been calculated.

Once again, we unfortunately see that the information we have received from political players, who are planning or participating in the process, continues to be controversial. There also continues to be a maintained and generalized silence that from the beginning is trying to impose by much of the media, state authorities and government bodies, and the Greek environmental lobby. Certainly, we should mention the Cretan society, which to its credit, despite threats and political pressures, is leading the reaction against this dangerous prospect.

Archipelagos, in collaboration with networks of scientists and institutions from all over Europe and the Mediterranean, continues to closely monitor developments and make targeted actions aimed at continuous pressure to prevent this particularly dangerous Mediterranean seas venture. Operation is Underway at the Fisheries Research Center in Fourni Korseon 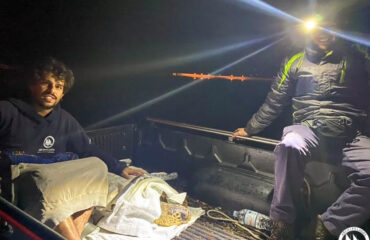 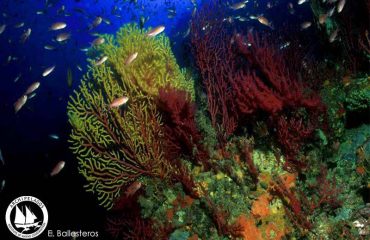 A hidden secret of the Aegean