Assessing the Biodiversity of Zooplankton in the Aegean Sea

Assessing the Biodiversity of Zooplankton in the Aegean Sea 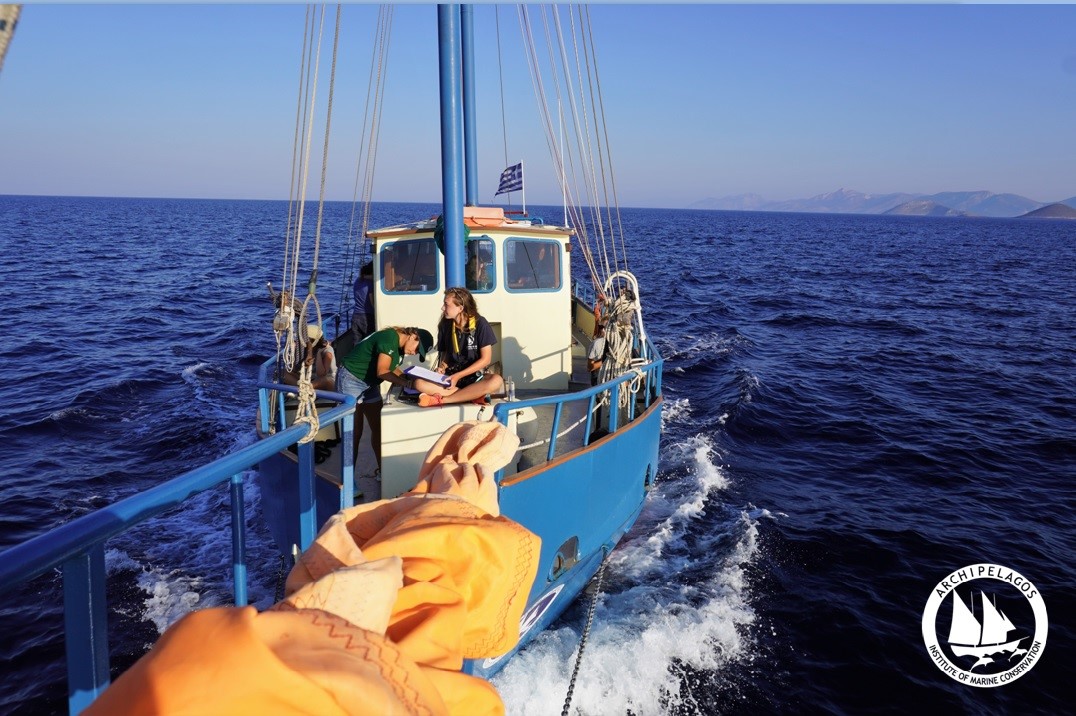 My name is Lisa and I am studying Coastal and Marine management at Van Hall Larenstein University of Applied Sciences in the Netherlands. I joined the Marine Mammal team of Archipelagos on Lipsi Island for a 3-month internship. 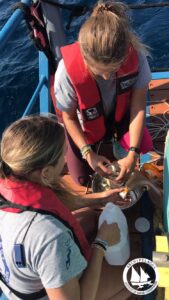 I have been given the opportunity to start a new project, which was a comparative study between the biodiversity of zooplankton in the Aegean and Black Sea. It is very important to study the zooplankton composition in more detail, as it is the basis of all life in the ocean and can, for example, be an indicator of environmental change.

The zooplankton samples were collected around the island of Lipsi, Samos and Leros in the Aegean Sea during the boat surveys. To do that we attached a conic net with a mesh size of 150 μm in a horizontal position towards the surface layers of the sea, at 10 meters of distance at a speed of approximately 1.5 knots for 20 minutes. 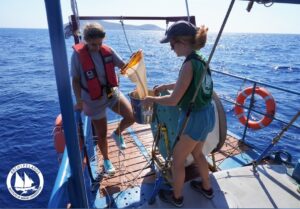 After that the net has been washed on board and the samples have been preserved with ethanol. On some days of the week, I had the chance to go to the laboratory at the Aegean Marine Life Sanctuary to analyse the samples. Under a microscope I tried to identify the species and count the individuals. I worked independently but if I had any questions, my supervisor was always there to help me. After each day in the laboratory, I entered the data in an excel file to later analyse the data. 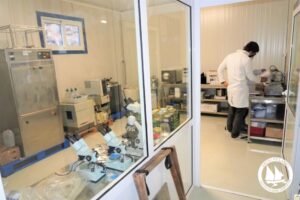 But this is only the beginning of this project. The results can form the basis for many other projects with zooplankton, such as assessing the health of ecosystems with the help of zooplankton.

I am very excited to see what else will be found out in the future and how the project will continue.        I am grateful to have learned so much during my time at Archipelagos and to have been able to benefit a lot from the experience of the supervisors. 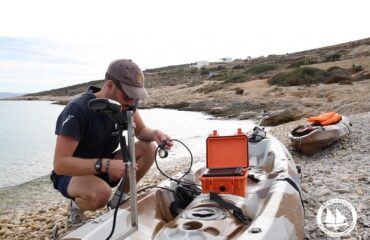 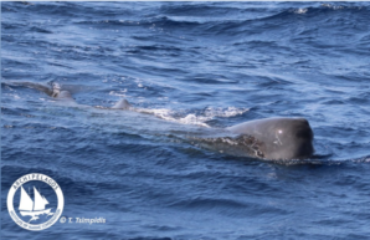