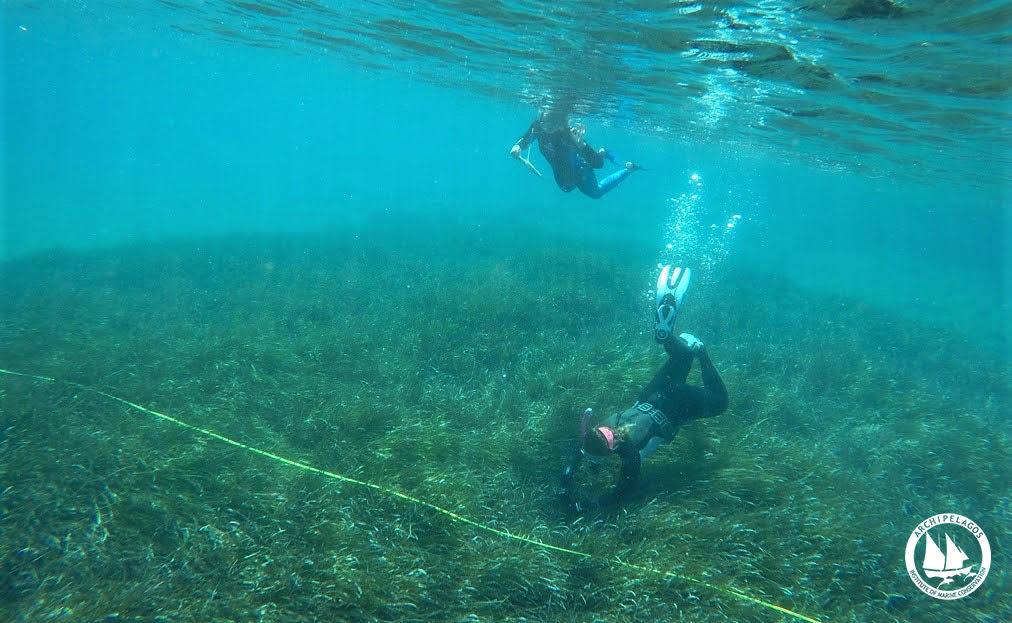 Posidonia oceanica is a seagrass species that grows in dense meadows or along channels in the sandy parts of the Mediterranean Sea and is usually found at depths between 1–35 m, depending on the water clarity. This species is exclusively found in the Mediterranean Sea, occupying an area of about 3% of the basin. This corresponds to a surface area of about 38,000 km2. Posidonia requires clean water in order to grow, and can be used as a bioindicator for the water quality in a given area. Posidonia meadows play an important role in the sea by providing multiple ecosystem services, including nursery and predation areas, production of O2 and a carbon sink.

During the last decade, P. oceanica meadows are being threatened by climate change, pollution and human activities such as trawling, aquaculture, dredging and marine infrastructure. Our project at Archipelagos includes the health assessment for Posidonia in several islands in the eastern part of the Aegean Sea. With enough data, we can compare different sites and identify the vulnerable areas that should be protected in order to recover. 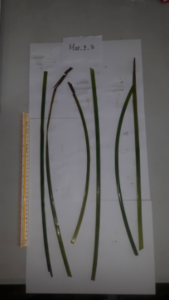 While sampling, we assess several parameters, including average canopy height, shoot density and epiphyte coverage. We also take three shoot samples for each replicate in each site for further analysis in the lab. In the lab, we count the number of blades per shoot, and measure the blade surface area as well as the total weight of the epiphytes and the blades for each site (Figure 1). Huge amounts of epiphytes can be usually linked with eutrophication and are a threat for Posidonia since they cover part of its blade surface which is needed to absorb sunlight in order to photosynthesize. By measuring the surface area and the weight of the seagrass, we can also estimate its effectiveness as a carbon sink.

Figure 1: The blade samples from Marathi, site 2 and quadrate replicate 3. The blade surface area can be estimated by using specialized software.

So far, the P. oceanica meadows of the studied sites show similar characteristics in terms of canopy height, number of blades, surface of the blades, biomass of the blades and epiphyte cover. The meadows of Marathi Island showed greater epiphyte biomass compared to the other islands (Figure 2). Further studies will be conducted in order to unveil the reasons of these differences. 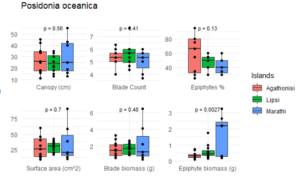 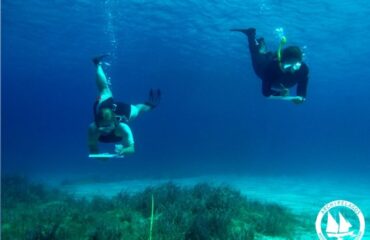 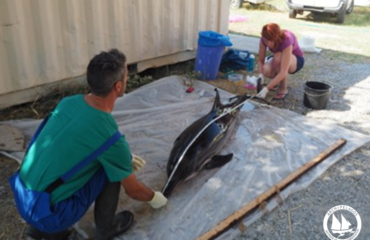 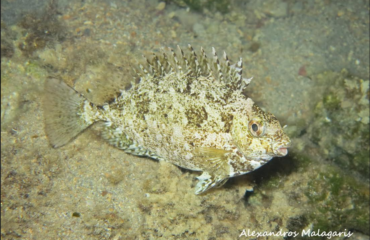