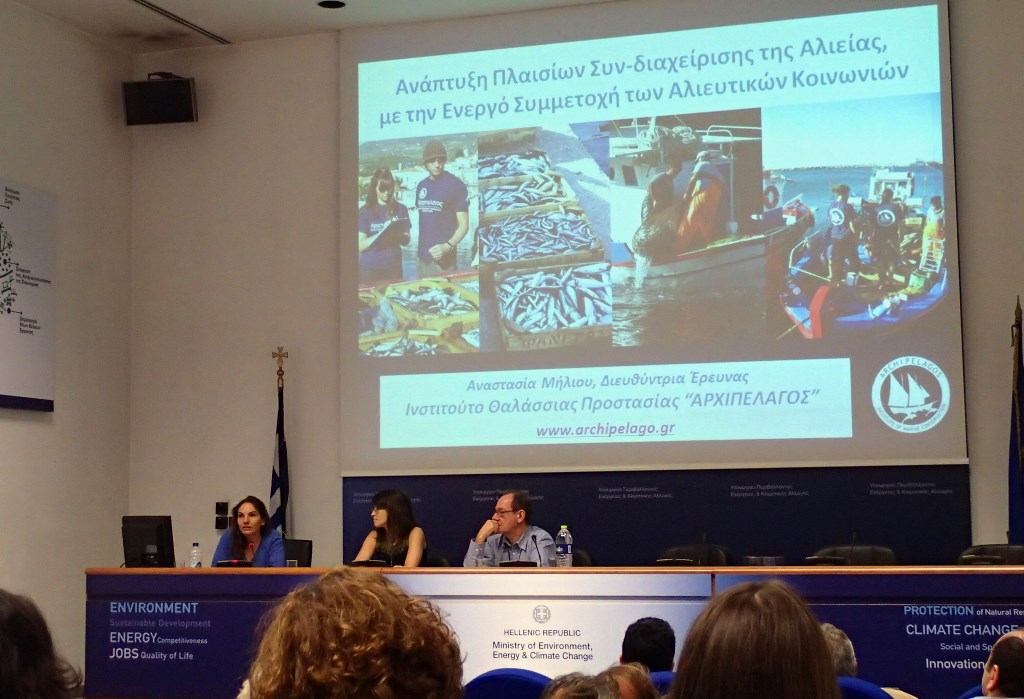 The Greek fisheries and sustainable management, among others, were the focus of the workshop on “Greek Fisheries and the Environment: Patterns, Trends and Prospects” organized Friday, October 17th, from the Institute of Marine Biological Resources and Inland Waters of the Hellenic Centre for Marine Research and held in the auditorium of the Ministry of Environment.

The Archipelagos Institute for Marine Conservation participated in the workshop with a presentation of the research director, Anastasia Miliou, on the “Development of Fisheries Co-Management Schemes, with the active participation of Fishing Communities”.

– Very high incidence of illegal and destructive fishing. This is caused by both industrial fishing vessels (trawlers and purse seiners) but also by boat seiners who fish illegally close to the coast, and illegal practices (fishing with explosives, spear fishing with scuba equipment, etc) and also from artisanal fishing practices. Apart from the Greek vessels fishing illegally, the problem is also exacerbated by Turkish and Italian vessels fishing illegally in the Aegean and Ionian seas respectively.

– Greece is the only country in Europe and one of the few in the world where there are no effectively functioning fishing protected area. Of those few that do exist, the majority were established in the 60s and are insufficient to protect Greek stocks and are outdated.

The presentation by Ms Miliou focused on the effort to establish the first Greek Co-Managed Fish Stock Recovery Area in the region of the Lipsi Island Complex. This work has been supported by an Archipelagos research team, which has maintained a permanent presence on the island for the last 18 months.

The Lipsi Island Complex is considered an ideal location for the pilot implementation of the first co-managed fisheries zone in Greece. This is due to the fact that it is a traditional fishing community with a small population (750 inhabitants), which supports a purely artisanal fishing fleet.

However in recent years, there has been a drastic decline of fish stocks. Frequent occurrences of illegal and destructive fishing, mainly by fishermen from neighboring islands and other parts of the country, have been the main cause of the decline.

So among other areas where Archipelagos has implemented similar preliminary research, such as Fourni Island, we believe that in Lipsi the conditions are much more suited to the initial implementation of the co-management framework.

The effort to establish the co-managed area is self-funded by Archipelagos and the Fisheries Association of Lipsi, with the support of the municipality of the island.

Despite the fact that there has been until now a relevant financial program, we felt that the state of fish stocks in the region was and remains so alarming, that there was no room for postponement of effort to finding the appropriate funding.

espite a lack of an appropriate grant that would support such an effort, we considered the state of the fish stocks in the area to be so dire that we could not afford to delay the implementation of the management scheme. Thus, although difficult, self-financing was the only way to reverse the course of continued degradation of fish stocks in the region.

To support this effort, as stated in Ms Miliou’s speech, it was necessary to make a daily assessment of the output of the coastal fishing fleet based in Lipsi. This research, in conjunction with other data collection, has been undertaken by a team from Archipelagos since the July of 2013 and continues today.

The fisheries production in recent years has been so low that in many cases it has not been economically viable for local fishermen. This is not only the case in Lipsi, but in many areas of Greece.

Through this effort Archipelagos aims to set a positive precedent in Greece; where fishermen, scientists, local communities and authorities cooperate to tackle the problem of declining fish stocks.

Undoubtedly, this problem has many symptoms, including: the risk of collapse of the economy of fishing communities, the continued degradation of marine ecosystems, the risk of extinction of rare species that live in our seas, as well as the lack of access of Greek consumers to good quality, affordable sea food. 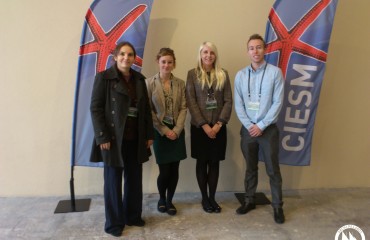 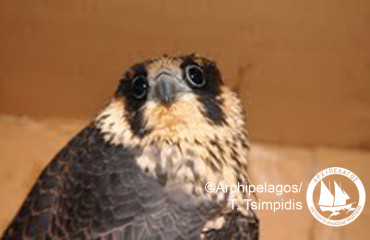 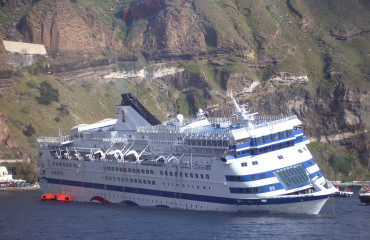